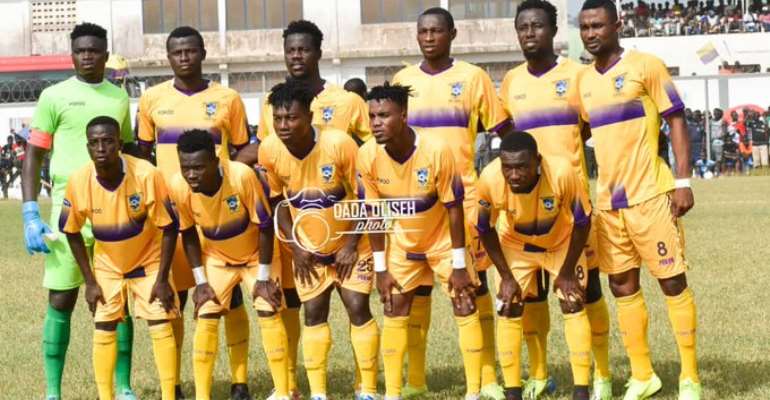 The week of four of the 2019/20 Ghana Premier League returned on Wednesday at the stadia.

Maxwell Konadu is having a torrid time at Kotoko after they suffered another defeat in Tarkwa. Medeama pipped the Porcupine Warriors by a lone goal.

For the first time, Hearts of Oak were able to hold WAFA in Sogakope to a goalless game.

Berekum Chelsea continued their brilliant of the campaign by beating Dreams FC 1:0 at the Berekum Sports Stadium.

In Techiman, Aduana Stars were stunned by Eleven Wonders by a lone goal.

Struggling King Faisal also picked their point of the season after sharing spoils with Bechem United.

Elsewhere, Liberty Professionals also piled more misery on Ebusua as they picked all points by defeating 3:0 at the Cape Coast Stadium.

Legon Cities FC were also held to a goalless match by Ashgold at the Accra Sports Stadium. The Royals are yet to win a match in the ongoing season.

Below is the full results of week four of the GHPL: