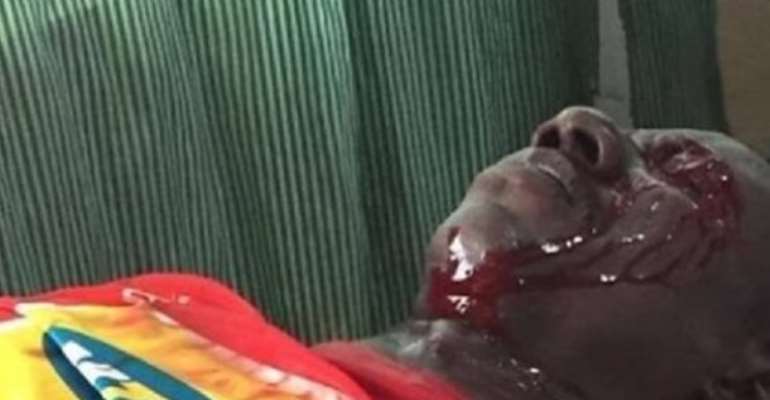 Accra Representative of Asante Kotoko, Nana Kwame Danquah, has called for a swift investigation into the shooting of a fan during the Premier League game between the club and Berekum Chelsea at the Baba Yara Sports Stadium on Sunday.

The supporters of the Porcupine Warriors were furious when Referee Charles Bulu sent off Empem Dacosta.

They felt that the card was given to the player because of an incident that ensued between one of their players, Kwame Adom and an opposing player.

“They [police] need to investigate and come out for people to have confidence in them. We believe that they are there to protect lives and property and not to kill us. We are Ghanaians and we expect them to protect all of us. We know they were trying to protect the referee. We [the fans] are also humans, we don’t expect them to treat some of us the way we were treated,” Nana Kwame Danquah told CitiNewsRoom.

He also dispelled some alleged reports that the fan who was shot was dead.

“Fortunately for us, the rumours that he is already gone are not true. His condition is stable and he is responding to treatment. We are waiting to hear the final outcome from the doctors but from the look of things, he will be better.”

The match was held up for a number of minutes as officials tried to regain control of the crowd, resulting in eight minutes of added time after 90 minutes had been played.

Asante Kotoko lost the game by 1-0.