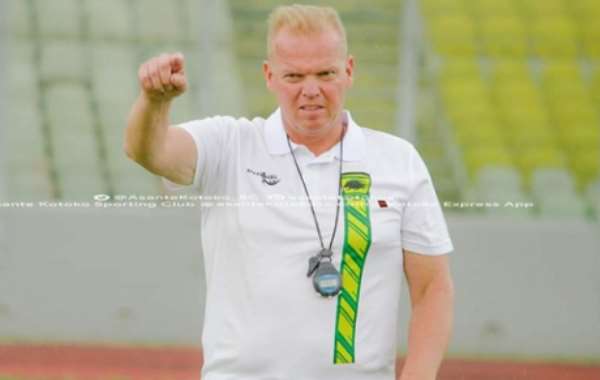 Embattled Kumasi Asante Kotoko coach, Kjetil Zachariassen, is reported to have rejected a proposal put before him at a crunch meeting with management of the club on Tuesday.

Sources close to the club hinted the Graphic Sports Online that the Norwegian coach turned down a proposal submitted to him because he did not agree to certain conditions in the proposal.

However, details of the meeting and what the proposal entailed were not available but the source said the meeting was a follow up to an earlier one during which management submitted a proposal to the coach.

“Management put a proposal before him and he said he would revert back to them, he (Zachariassen) came back later to say that he does not accept the proposal to the management are holding another meeting with the coach”, the source hinted.

Coach Zachariassen was expected to submit his report to management last Monday over the team’s exit from the Confederation Cup but the coach failed to meet the management citing ill health as the reason.

“The coach was expected to meet the management on Monday but he did come because he said he was sick but he turn up for the meeting today”, the source noted.

The job security of the coach has been a major issue between management and the Norwegian who had to seek refuge in Cote d’Ivoire following allege threat on his life by some fans due to the team’s exit from the continental club competition on November 3.

It was alleged that management communicated to the coach through his agent that they could not guarantee his safety upon his return to Kumasi due to agitation by the fans. However, he returned to the country last Friday after several persuasion by management.