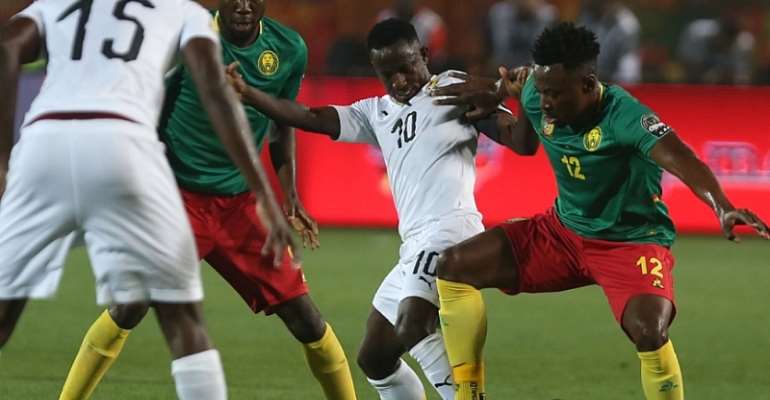 A scramble for the ball in the Cameroonian penalty area between Ghana’s Habib Mohammed and Kwabena Owusu culminated in the former hitting the back of the net to rescue a point for the Black Meteors in their opening game at the Africa U-23 Cup of Nations.

The Cameroonians had taken the lead in the 59th minute with a sublime free-kick from Franck Evina.

This put pressure on Ibrahim Tanko’s men to draw level in order to harbour hopes of qualifying for the 2020 Olympic Games as hosts Egypt had beaten Mali 1-0 in the earlier Group A game on Friday to pick maximum points.

The Meteors’ fired-up attacks on the Cameroonians paid off with Mohammed’s equaliser in the 87th minute.

The first half of the match, which was played at the Cairo International Stadium, produced no goals with the two giants sizing each other up.

Both teams were playing in the tournament for the first time despite having chalked varying successes in the history of the Olympic Games.

With qualification to Tokyo 2020 at stake, a loss would make subsequent matches difficult for any of the two.

 It was Rigobert Song’s side who had a glimmer of hope after Evina picked his angle perfectly to beat Ghana’s goalkeeper Kwame Baah with his set piece.

With the Cameroonian protecting that lead, the Meteors knew they needed nothing but a goal to stay in contention.

And the goal indeed came albeit in a fashion that produced a flash of lack of cohesion in the team.

The match ended 1-1. The Meteors’ next game will be against the hosts on Monday while Cameroon take on Mali.