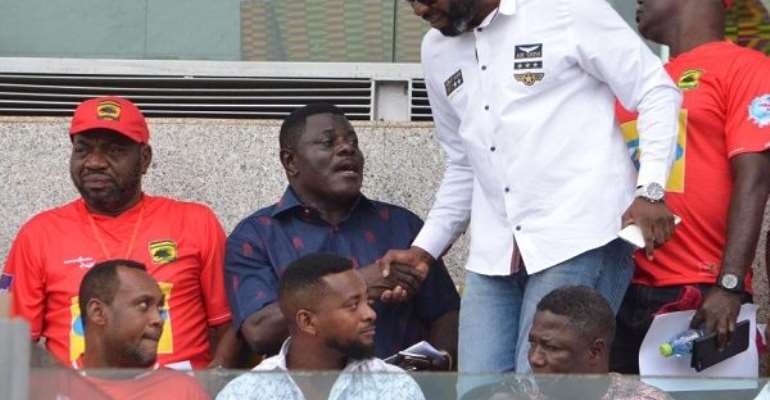 George Amoako, the Chief Executive Officer has shockingly reiterated that he is stunned with George Afriyie's lost during the GFA presidential elections over the weekend in Accra.

The former Ghana FA vice president conceded defeat ahead of the third round of the elections.

George Afriyie was heavily tipped to replace his former boss, Kwesi Nyantakyi but Kurt Okraku shockingly emerged as the winner.

And according to the astute football administrator, when it comes to football elections there is nothing like assurances as in football almost everyone is everybody's friend so no one will tell you I won't vote for you.

"There is nothing like assurance when it comes to football elections, we are all friends, so it will be very hard for a delegate to tell you in the face that, I’m not going to vote for you, only a few, everybody will assure you of their vote but that’s where ‘fear’ ‘delegates’ comes in," he told Atinka FM.

George Amoako, who has been elected onto the Executive Council Board openly declared his support for George Afriyie but was stripped off his voting right by his club.

"I’m not surprised George Afriyie lost most people tipped him to win but you see the ‘fear’ ‘delegates’ slogan, that’s what happened.

"Where the word ‘fear’ ‘delegates’ really exists in football politics and elections,” he emphasized.