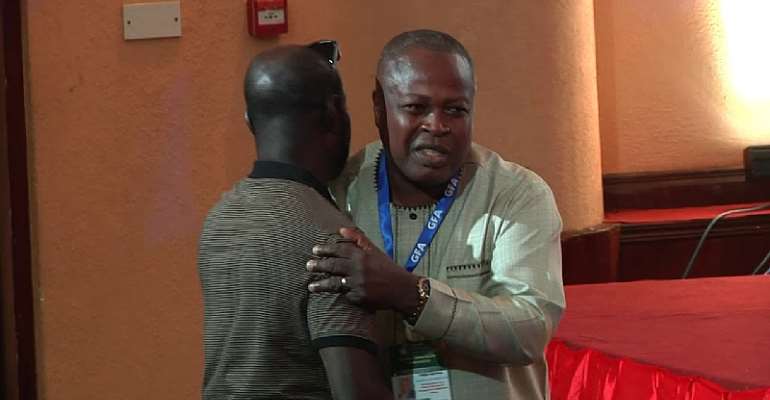 Accra Great Olympics director, Fred Pappoe, has reiterated that the 120 delegates who had the power to vote in October 25 elections wanted more from him than the message he had to share with them and that was why he did not win the polls.

However, the former Ghana FA vice president got 6 votes in the first round of voting but even though was eligible for the second round of voting, he declined and pulled out of the race.

According to him, there was a very high chance the 120 delegates were not fully interested in the message but they had their eyes on something else.

“I do not think something went wrong with my message. I gave my message and it was the best that could have been given at the time," he told Citi Sports.

"Maybe to the delegates, the message was not enough for them. I am sure that they had expectations and I could not give anything more than the message. That is why I am pleased with myself for having stood my grounds until the end.”

Pappoe added that he was not taken aback by the turn of events during the polls and he did not have any regrets about how he approached the elections.

“By my nature, nothing surprises me especially when I am dealing with human beings. For me, the most important thing is that I gave it my all.

"I will not say that I should have done things differently. I am proud of every single thing I said during the campaign and I am ok with the results.”