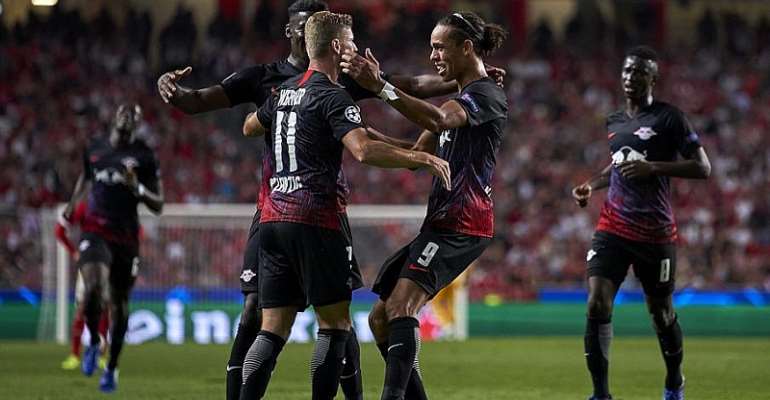 The 23-year-old finished off a neat Leipzig move to break the deadlock in the 69th minute after Nordi Mukiele threaded the ball into the area where Yussuf Poulsen laid it off for Werner to drive a low shot into the far corner.

Nine minutes later, the ball was chipped over the Benfica defence to release Marcel Sabitzer and he rolled into the path of Werner who scored again for the Bundesliga side.

The goal was initially disallowed for offside but awarded after quick a VAR review.

Benfica had threatened either side of Werner's opener. Pizzi nearly gave the Eagles the lead with a shot which flashed across the face of goal and Alex Grimaldo saw a dipping free-kick brilliantly turned away by Peter Gulacsi immediately afterwards.

The Portuguese side finally scored in the 84th minute when a quick break ended with substitute Haris Seferovic firing past Gulacsi but they could not force an equaliser.

Leipzig top the group ahead of Olympique Lyonnais and Zenit St Petersburg who earlier drew 1-1 in the group's other match.