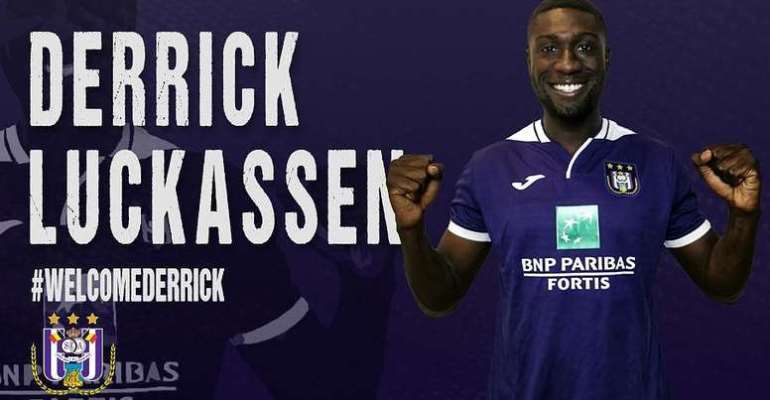 Ghanaian defender Derrick Luckassen has indicated that he is happy at his new club RSC Anderlecht where he is expected to spend the rest of the season on loan.

The center-back secured a loan move to play in the Belgium Jupiler Pro League following his inability to break into the starting eleven of Eredivisie giants PSV Eindhoven.

Now set to play a key role for the Purple and White lads, Luckassen has disclosed that he has been welcomed very well by his new teammates.

Speaking in an interview with the club’s TV Channel, the Dutch-born player noted that he feels at home due to the presence of his longtime friend Philippe Sandler at Anderlecht.

“I am happy to be here. This is the largest club in Belgium and the city is beautiful, man. I immediately felt at home here. The boys took good care of me. I know Philippe very well, from an early age. He has guided me a little”, he said.

Having warmed the bench in the Belgian side’s last match against Standard Liege, Derrick Luckassen is in contention to mark his debut when the former champions host Royal Antwerp in the next weekend.