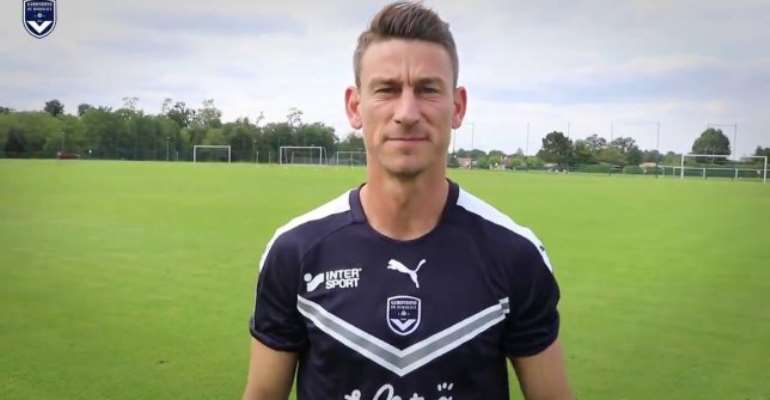 Arsenal have sold defender Laurent Koscielny to Ligue 1 side Bordeaux for a fee of up to 5m euros (£4.6m).

The 33-year-old centre-back had a medical on Tuesday and has returned to France after nine years with the Premier League club.

Frenchman Koscielny had a year left on his contract at Emirates Stadium and the Gunners wanted him to stay.

But he asked for a free transfer and refused to travel on a pre-season tour of the United States.

"We decided to sanction his move to Bordeaux once we agreed acceptable transfer terms," Arsenal said in a statement.

"We thank Laurent for his contribution to the club and wish him all the best for the future."

Arsenal began disciplinary proceedings and instructed the captain to train with the under-23s, but offered him a way back into the first-team squad for the new season.

However, Koscielny had no intention of reversing his decision and was determined to secure a move to his home country.

Arsenal hope to sign a new centre-back before the Premier League's transfer deadline at 17:00 BST on Thursday, while they retain an interest in Celtic left-back Kieran Tierney despite the 22-year-old Scotland international being injured.

The Gunners are also in advanced talks over the sale of English right-back Carl Jenkinson, 27, to Championship side Nottingham Forest.

The club also expect 20-year-old striker Eddie Nketiah to leave the club on a season-long loan, with Bristol City among a number of sides - including overseas teams - in talks to sign the England Under-21 international.

However, Arsenal have received no firm offers for defender Shkodran Mustafi and attempts to move the 27-year-old German on are further complicated by his desire to stay.

But foreign clubs have longer to negotiate a deal, depending on when their transfer windows close.