EXCLUSIVE: KP Boateng Knew He Will Not Stay At Sassuolo After Failing To Perform At Barcelona 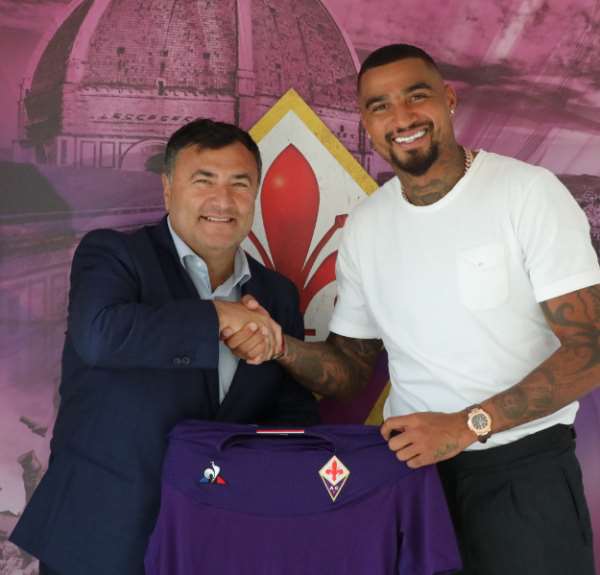 Modernghana.com can exclusively confirm that Kevin Prince Boateng expressed his desire to leave US Sassuolo after his loan deal with Barcelona expired last season.

However, the 32-year-old spent the second half of the season with the Spanish La Liga on a loan deal.

The former Borussia Dortmund forward struggled to make an impact in the La Liga last season fielding only for times for the club.

After Barcelona failed to make the deal permanent, Boateng decided to search for a new challenge ahead of the new season.

His former side, Eintracht Frankfurt made a request to sign but refused the offer.

However, Serie A side, Parma also made an approach to sign the 32-year-old but expressed lack of interest to join the club.

On Monday, Prince Boateng made a decision to join ACF Fiorentina for the upcoming season in the Italian Serie season.

Boateng arrived in Florence on Wednesday morning to finalise a €1m transfer from his parent club, Sassuolo.

And according to reports, his wife, Melissa Satta largely influenced Boateng's decision to join La Viola.

The pacy forward signed a two year deal with the club after passing his mandatory medicals.

He was unveiled on Wednesday afternoon.
The attacking midfielder will discover the eleventh club of his career and the third in Serie A.