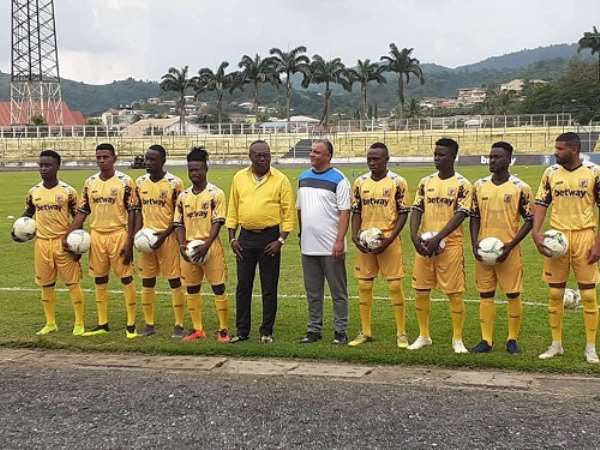 Ashantigold SC have signed 11 new players to strengthen their squad as they prepare for the 2019/2020 Confederation of African Football (CAF) Confederation Cup.

The former Ghana Premier League winners have secured the services of Brazilian striker, Marco Silva, and 10 local players to enable them to make the necessary impact in Africa.

Ashgold had earlier secured the services of Brazilian coach, Ricardo da Rocha, after the departure of their former trainer, Kjetil Zachariassen, to regional rivals, Asante Kotoko.

The Obuasi based side will begin their 2019-2020 CAF Confederation Cup campaign with an away match against Equatorial Guinean side, Akonangui, when the competition kicks off on the weekend of August 9 to 11.

Ashgold will host the return leg on the weekend of August 23 to 25.

If they qualify, they will host the first leg of the second round against Renaissance Sportive de Berkane of Morocco on the weekend of September 13 to 15