AFCON 2019: The Tournament Of The Underdog

By Eurosport.com
Cup of Nations 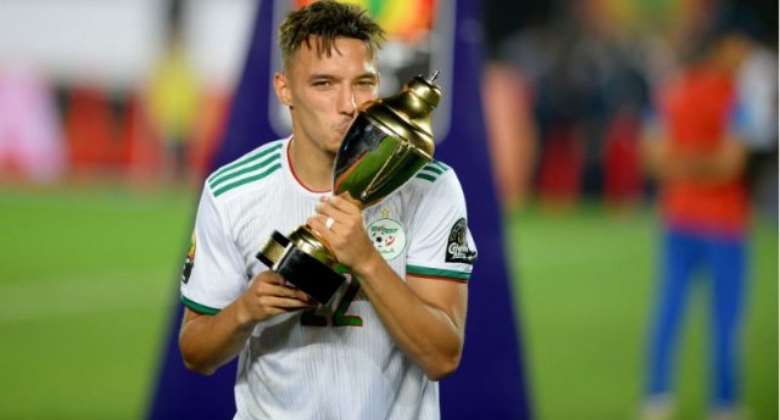 The 2019 Africa Cup of Nations was a special tournament, and one that celebrated the underdog player writes Gary Al-Smith at the Cairo International Stadium.

And breathe.
That feeling of relief will come from the entire security apparatus at this 75,000 facility after successfully making sure there was no match-related violence at this Africa Cup of Nations (AFCON) final. Immediately Algeria booked their place after the second semifinal, typical Egyptian paranoia – which, one a normal day, is pretty high – kicked in.

Seven hours before the Friday night kickoff, 2000 police and military personnel had been deployed in and around the stadium to deal with the expected Algerian fan onslaught. In the last week, Desert Foxes fans numbering over 12,000 have flooded the Egyptian capital.

“The problem with Algerians is that we do not have a very good reputation almost anywhere in the world,” Tarek Boussafa, one of many Algerian journalists who came in just for the final, tells Eurosport. “You only have to look at the headlines in France even before the game.”

Thousands of police were deployed on the streets in French cities ahead of the game after more than 200 people were arrested when Algeria fans celebrated their semi-final win on Sunday. France has a large number of dual nationality French-Algerians, a consequence of more than 130 years of colonialism.

Here in Cairo, the driver I’ve had as a fixer for this tournament warned about certain Algerian fan violence, whether Algeria won or not. Thankfully, there have been few reports of those, whether in France or here in Egypt.

Algeria coach Djamel Belmadi and his players have been instrumental in spreading messages of caution to fans before, and after the game. Centre back Rafik Halliche, one of the side’s senior players, spoke of the need for fans to “use this football match to send a positive message of Algeria”.

And they did.
Who should Premier League clubs check out?
Our own tournament preview, predictably, touched on likely names to shine, trotting out obvious ones like Hakim Ziyech, Kalilou Koulibaly, Nicolas Pepe and others. While Sadio Mane and Riyad Mahrez had significant roles for their teams, many of pre-tournament faves paled.

Don’t need to be a star player
Players with reputation and clout strike fear in the opposition, and can be game-changers, but the recent history of the AFCON suggests that to truly stand out, more is required.

Burkina Faso’s Jonathan Pitroipa was the 2013 AFCON’s best player, Ghana’s Christian Atsu took the 2015 gong, and Cameroon’s Christian Bassogog took it in 2017. This year, it’s gone to Algeria’s Ismaël Bennacer, who had just three caps when the tournament started.

Bounedjah, scorer of the tournament’s winning goal and one of the first names on Algeria’s team sheet, plays in Qatar, his teammate Djamel Benlamri (Saudi Arabia) had a barnstorming time in defense. Point is, this tournament keeps proving that you do not need to be in a high profile team or league to come up tops. Play with heart, have a disciplined team, and a slice of luck.

How did the 24-team format fare?
After Euro 2016, there was a barrage of criticism for the expanded 24-team format which adds an extra stage, the round of 16. Portugal finished third in their group, with three draws, by generally applying unfashionable fashionable – before going on to win – but France coach Didier Deschamps defended them, saying Ronaldo and co-won only by using the possibilities offered by the expanded format.

Like the Euros, the expanded AFCON sees the top two teams in each of the six groups going past the group stage, as well as the four best third-placed sides. For one thing, the pitches in Egypt were superb, aiding free-flowing football from the vast majority of teams. Even when games were not exciting, teams gave it a go. The surprise runs from debutants Madagascar (who attacked throughout en route a quarterfinal place), Benin (first time past the group stage), and Tunisia’s semifinal berth (despite playing some awful football) suggests that both critics and proponents of the format have a point.

But a gaze into future editions, when there’s more broadcast money to be made, bigger prize packages, and hence bigger stakes, suggests that attritional football may increase, especially at the group stages. For now, we were served a vindication of the new format.

Top marks to Egypt for putting on a fine tournament with just six months notice, after Cameroon was stripped off hosting rights.