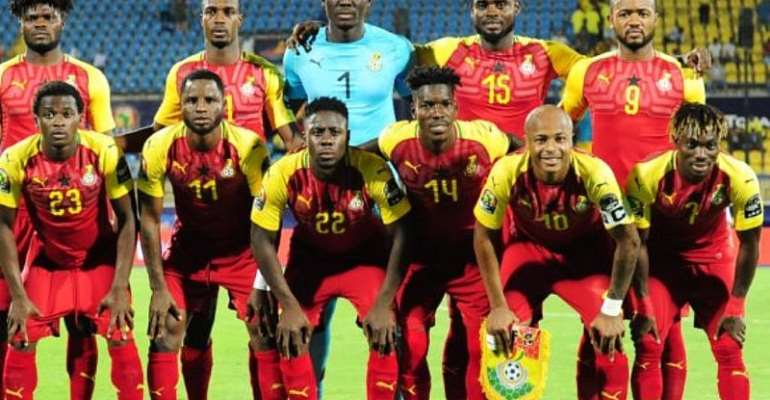 Black Stars Management Committee Member, Ibrahim Sunday has urged Ghanaians not to panic following the team’s recent draw with Benin in their opening match of the 2019 Africa Cup of Nations (AFCON) tournament.

According to him, there are two matches left to be played in the group phase and the Black Stars have a good chance of qualifying if they are able to carve out positive results.

After a two-all draw with the Squirrels of Benin last Tuesday, the whole country is in doubt as far as the team’s ability to go all the win and win the trophy is concerned. Many who had a firm belief in the team has started panicking whiles blaming some players and Coach James Kwesi Appiah for the national team’s abysmal start to this year’s tournament.

Speaking in an interview with Joy FM however, Former Black Stars player Ibrahim Sunday has assured that the team can still progress into the knockout phase of the competition and hence there is no need to panic at this point in time.

“People shouldn’t panic. Those who want us to win some of them will panic. But me am assuring them that they shouldn’t panic because if we win our next game then we are sure of qualifying”.

“What we want is to reorganize ourselves very well and then before the next game we will do our homework and then I think we can turn the table”, he said.

Ghana will play her next game against the Indomitable Lions of Cameroon on Saturday, June 29, 2019, at the Ismailia Stadium. Kick off time is at 17:00GMT.

Anti-LGBT Bill: Let's be careful and not generate intense ha...
43 minutes ago