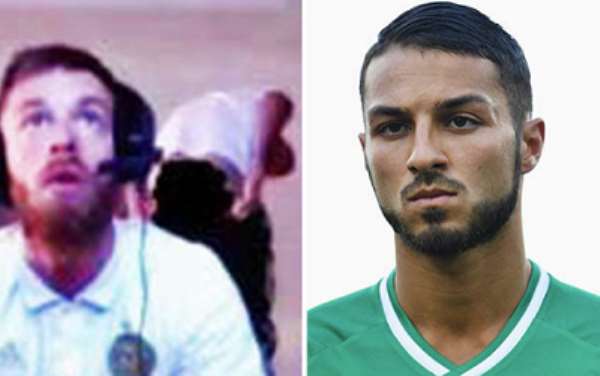 Harris Belkebla has blown his chance of representing Algeria at the Africa Cup of Nations as the midfielder was sent home a week before the tournament starts in bizarre circumstances.

The 25-year-old incredibly flashed his bum on a Fortnite live stream to thousands of viewers.

Algeria’s substitute goalkeeper Alexandre Oukidja was playing the popular game and was broadcasting his match on streaming platform Twitch.

Belkebla pulled down his trousers in the background and showed off his backside, as can be seen in the above image.

Algeria manager Djamel Belmadi axed the midfielder from his 23-man squad once he found out about the incident.

He has since been replaced by Mohamed Benkhemassa.
Belkebla has never represented Algeria before and it was the first time he had been called up to the senior national team.

He had even performed in an initiation ceremony after joining up with the squad.

He had previously played for his country at the 2016 Olympics and for the Under-23s.

The 25-year-old currently plays for Brest and helped them finish second in Ligue 2 to get promoted back to the French top flight for the first time in six years.