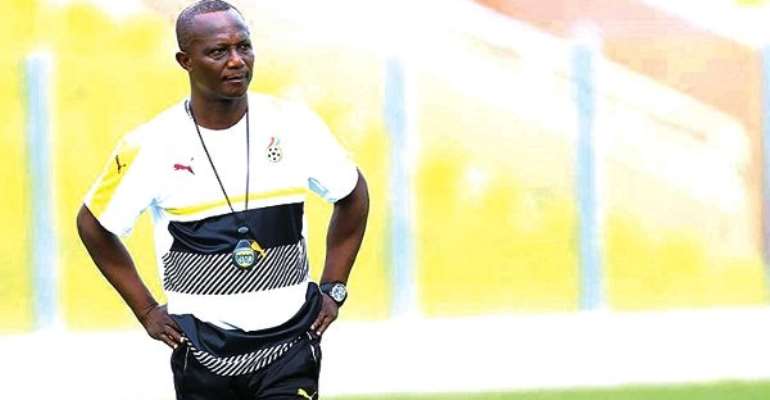 Black Stars coach, Kwasi Appiah, is expected to present to the Confederation of African Football (CAF) today his final 23-man squad for the upcoming Africa Cup of Nations (AFCON) in Egypt after losing narrowly to Namibia in a preparatory game in Dubai yesterday.

The game against Namibia was to provide coach Appiah with the opportunity to assess his players, as well as give them the platform to justify their inclusion in the senior national team for the continental competition.

After a week on intense training, coach Appiah will be well informed about the fitness and mental condition of his players which will be key in his final selection for the AFCON.

The final squad will have another opportunity at a friendly international when they engage South Africa on June 14 in their final preparatory before the commencement of the African tournament.

With Ghanaians looking forward to end the team’s 37-year wait for the AFCON title, skipper Andre Ayew has been tasked to lead his teammates to victory 10 years after captaining the Black Satellites to FIFA U-20 World Cup glory in Egypt.

The team must target qualification from the Group F where they face Benin, defending champions, Cameroun and Guinea-Bissau before standing a chance of breaking their over three-decade jinx.