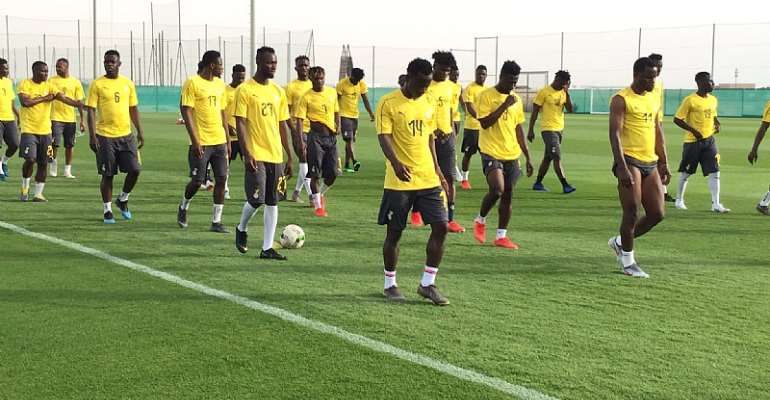 Former Asante Kotoko gaffer, Michael Osei beleives Ghana can win the upcoming 2019 Africa Cup of Nations but has implored the public to end the spread of negativity around the team.

After winning the fourth trophy in Libya 1982, the Black Stars have struggled to win Africa's finest tournament.

However, the technical team of the team to end the country's 37 years trophy drought in Egypt.

But the assistant coach of the Black Meteors is confident the Black Stars will make history in Egypt.

“We are favourite for the Afcon. Ghanaians should say positive words to the Black Stars instead of the negative thoughts,” Osei told New Mercury FM.

“Even your own son or daughter if you say negative things to, it eventually become a curse on him or her. We should also respect the coach,” he added.

Coach Kwesi Appiah and the team are in Dubai for pre-AFCON training with the team expected to move to Egypt in a fortnight time.

The team will play South Africa and Namibia in a friendly before the start of the tournament which kicks off on June 21 to July 19.

The 23-man squad for the competition will be named on June 10.

Ghana are in Group F alongside Benin, Guinea Bissau and Cameroon.