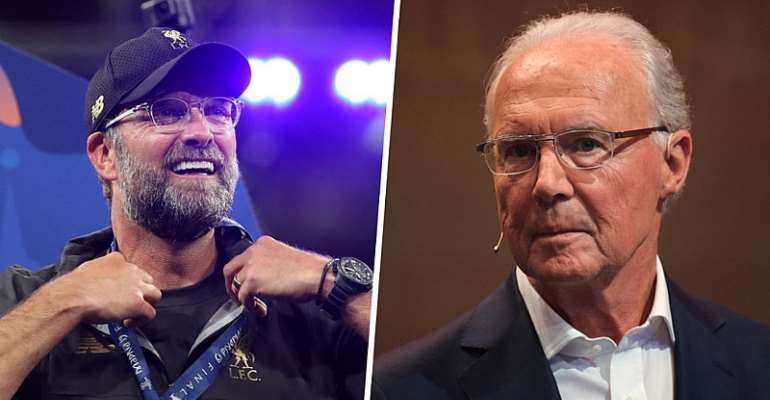 Franz Beckenbacker's dearest wish is, Jürgen Klopp for Bayern. The "Kaiser" would love to see the newly crowned Champions League winner with FC Bayern Munich in the future.

FC Bayern Munich Honorary President, Franz Beckenbauer has praised coach Jürgen Klopp of the newly crowned Champions League winner FC Liverpool in the highest tones and reaffirmed his desire that he should train in the future Bayern.

"I wish for nothing more than that one day he will come to Bayern", said the 73-year-old Beckenbauer to the German "Bild" Newspaper. "For me he is one of the world's best coaches. Klopp had brought the new football to Germany. Fast switching game, with fast players, to attack the opponent. This has replaced the tough ball pushing. What Jürgen Klopp started in Dortmund, he has refined it with Liverpool."

Beckenbauer had already expressed the desire in March after leaving Bayern in the round of 16 of the Champions League against Liverpool, Klopp should be Bayern coach. At that time, Klopp had said he was honored, but Liverpool fit in with him and he hopes to stay there for a while longer.

"I believe that a job in England robs you of your strength, you have even more responsibility as a so-called manager at a Premier League club than a coach in the Bundesliga. And through two cup competitions and the larger league, is the number of games much higher than ours."

Klopp has been coach of Liverpool since 2015. Previously, the 51-year-old ex-professional, cared for the Bundesliga Borussia Dortmund and the FSV Mainz 05.

We'll not accept the 4% salary increment — Coalition agains...
23 minutes ago