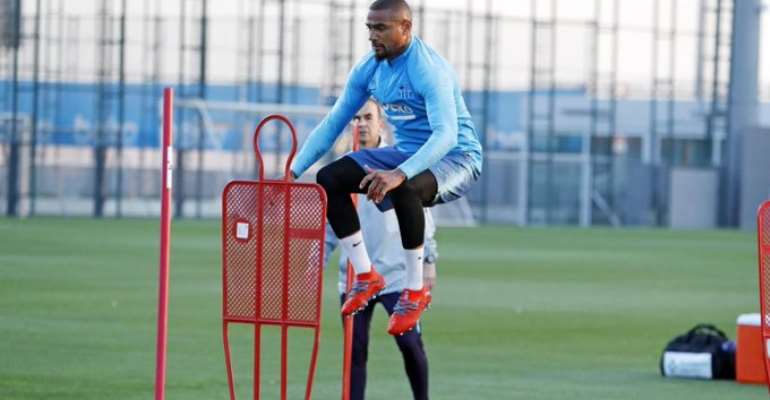 Ghanaian forward, Kevin Prince-Boateng has emphatically claimed that Zlatan Ibrahimovic, and not Lionel Messi, is the most skilled footballer he has ever played with in his career.

Boateng and Ibrahimovic joined forces at AC Milan between 2010 and 2012 and his experiences with the Swede led him to believe that the LA Galaxy man is the best he has played with.

In his career, Boateng has played with some of the best footballers on the planet with Ibrahimovic being one of them.

As reported by FoxSportsAsia, on being asked to name the best player he has played with, the Ghanaian told Barcelona TV in a Q&A: “Zlatan Ibrahimovic.”

Boateng's answer definitely came as a surprise to a huge chunk of fans, who are not able to process his comments, more so because the Ghanian-German currently plays with Messi at Barcelona.

The 32-year-old midfielder lauded Messi as the best player “in this world and every world” during his official presentation after past quotes declaring himself a Madrid fan and describing Ronaldo as the world’s best had resurfaced.

And now, his latest comments selecting Ibrahimovic over Messi is surely not something that will go down well with Barcelona and Messi fanatics.