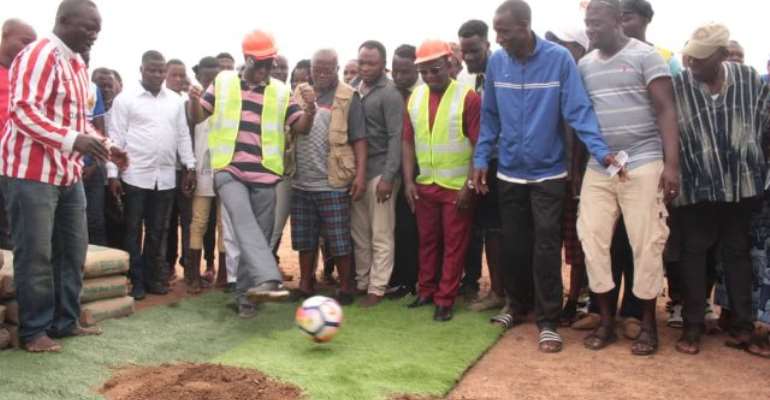 The Energy Minister – Peter Amewu said by this demonstrable commitment, President Nana Addo Dankwa Akufo-Addo has shown love for the people of Hohoe.

According to him, the Akufo-Addo’s administration was ‘very determined’ to develop this country which will trickle down to communities like Hohoe.

In that regard, Mr Amewu entreated residents and indigenes of Hohoe to contribute their quotas towards ensuring that Hohoe becomes prosperous. 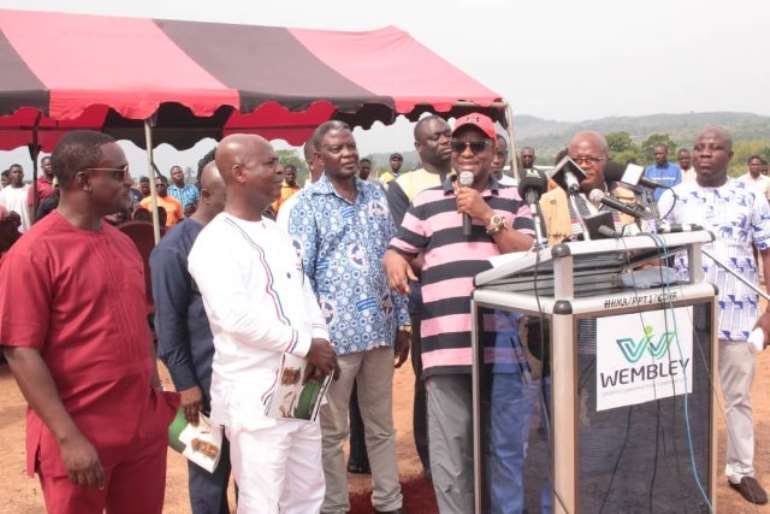 He was confident that WSCCL—contractors for the project—will do a quality job and also complete it within the stipulated time.

According to him, the facility when completed will also help unearth talents within Hohoe and its satellite communities as it will also afford the people a world-class event ground for their outdoor activities.

The Municipal Chief Executive Officer (MCE) of Hohoe, Andrew Teddy Ofori, commended the energy minister and by extension the ruling New Patriotic Party (NPP) government to resuscitate an abandoned project which when completed would inure to the benefits of the people of Hohoe.

He bemoaned the fact that Hohoe did not have a representation in the Ghana Premier League (GPL), explaining that this sports facility will help unearth and develop football talents in Hohoe.

“It is regrettable that this laudable project came to a standstill when the NPP exited office in 2008, however, “I must add that it is good that a timeline has been given for the completion of the project,” Mr Ofori said.

For his part, the General Manager, Wembley Sports Construction Company Limited, Nana Antwi, averred that his company stands for quality, and thus promised to deliver a top class facility as scheduled.

He disclosed that his outfit uses FIFA Proffered grass when executing its projects.

WSCCL, he continued that, WSCCL has almost become a household name in especially Zongo communities and some constituencies across the country following its construction of astroturfs nationwide.

“We have constructed artificial football pitches in places like Madina, Walewale, Ablekuma Central, Labadi among others,” Mr Antwi disclosed.

He, therefore, thanked the energy minister for his confidence in his company and assured him and the people of Hohoe of quality work.