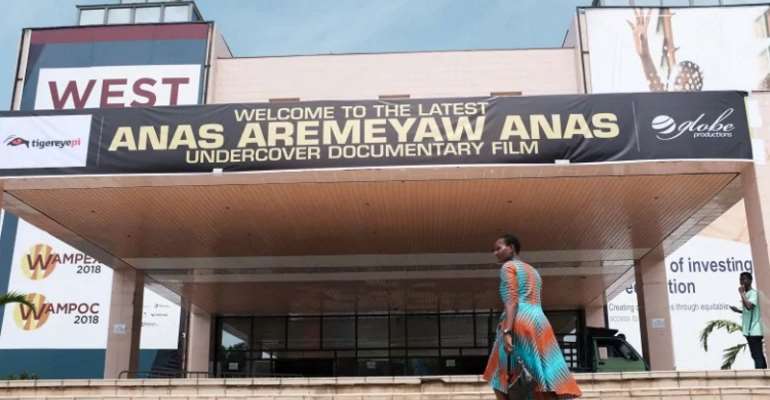 I need not to remind you of June 6, a day I term as ‘the Judgment day’ – when the Number 12 exposé by investigative journalist Anas Aremeyaw Anas brought to bare the alleged corrupt individuals in the game. When the most trumpeted word in Ghana football – corruption – was finally exposed to the public with evidence.

Whether the method used by Anas was ethical or not, that is a discussion for another day. But one can conclude that the much-talked-about bribery and corruption that has engulfed the game was exposed. Need I not to talk more about the day which when remembered brings chills and sets teeth on edge.

Before the exposé, Anas Aremeyaw Anas penned down a long list of journalists who he classified as “honest and concerned Sports journalists” in an article to prelude the airing of the investigative piece. Ending the article, he stated and I quote “The very foundation of Ghana football will collapse in a heap, to be rebuilt by concerned Sports Journalists and the honest football people who will remain standing.”

Fast forward after the screening of the investigative piece, one can say without mincing words that truly the foundation of Ghana football has collapsed, prompting the government and FIFA to set up a Normalization Committee (NC) to temporarily run football and sanitize the system. But then I ask how are the concerned and honest journalists who constantly criticized the old administration of the Ghana Football Association led by Kwesi Nyantakyi helping to rebuild Ghana football?

I hope Anas is keeping tabs on the honest and concerned journalists’ contribution to the rebuilding of Ghana football because I am sorry to announce to him that most of them are now playing ‘politics’ with the game. Although a non-sports journalist exposed the rot in the sport, I applaud the sports media for their oneness in fighting the lack of transparency, bribery and corruption that engulfed the game. But unfortunately, this attitude has suddenly disappeared with the coming of the Normalization Committee which even the layman can attest to the fact that the NC has not done much in discharging their duties as would have been expected. The NC is delaying in their mandate of putting football back on track and the media to put them in check are divided.

From my perspective, there are these groupings in the sports media currently:

NB (Nyantakyi ‘Boys’): Those who see wrong in anything the NC does. Even if it’s something that deserves applause. This same group also see Anas as the devil who has destroyed the game.

ANB (Anti-Nyantakyi ‘Boys’): They see everything by the NC as perfect. Even if they are messing up, they will remind you that Nyantakyi did worse in his 13-year reign so allow the NC to work. They praise their work when the NC has done nothing to deserve it.

CNC (Critics of the NC): This last group behaves like the first group but with slight difference. For them, they claim not to be in any camp but just want the betterment of Ghana football. They bash the NC when they believe are messing with the system. This group is constantly on the neck on the NC to do the right.

Unfortunately, the second group is unhappy with the first group hence there is this kind of a tussle between the two.

Do we need these groupings at this time that the game is in a mess?

It’s not bad to have varied opinion as journalists but I think this division is blinding the ‘concerned and honest journalists’ from talking about or discussing the real issues. They rather prefer to push agenda to drive the interest of their group. How do we put the NC on their toes to do the right thing when one faction sees everything they do perfect and the other sees it wrong and causing friction between the two?

Why are the ‘honest journalists’ now behaving like the proverbial politicians who would say “now my government is in power so whatever they do is perfect”?. They have turned from criticizing the Committee to becoming their PR machinery, painting the picture that everything is perfect when it’s not so.

It saddens my heart to see sports journalists I see as role models, ones that I admired for their boldness in putting the authorities on their toes defending issues that are clearly indefensible. Our ‘honest and concerned Sports Journalists’ should kindly look at the larger good of Ghana football and come together to put the NC on their toes so they set the right foundation and erect the strong pillars for the game.