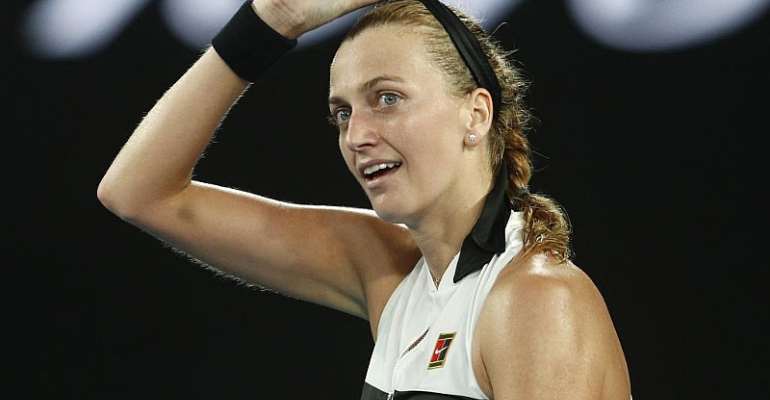 Eighth seed Petra Kvitova ended Ashleigh Barty's best run at a Grand Slam tournament on Tuesday with a straight sets victory in their quarter-final on Rod Laver Arena. The clash with the 15th seed from Australia finished 6-1, 6-4 in 68 minutes.

Even though she had ruthlessly crushed the partisans' hopes for a first home winner since Christine O'Neil in 1978, Kvitova was given a warm ovation for achieving her best showing at a Grand Slam since Wimbledon in 2014 and confirming her recovery from a knife attack in 2016 which jeopardised her tennis career.

"Thank you guys," said Kvitova as she acknowledged the crowd during an on-court interview with the former world number one Jim Courier.

Fighting back the tears, she added: "I didn't really imagine being back in this great stadium again to play with the best. It's great."

But she has patiently refashioned her game and has put together one of the best winning streaks of her career.

Winning streak She has 10 straight victories in 2019. Before the Australian Open she swept to the title at the Sydney International where she beat Barty in the final.

That battle lasted three sets and nearly three hours. The difference? "I served well and after taking the first break, I continued to serve well," she said. "But I had to fight until the end."

Kvitova, 28, is seeking a third Grand Slam crown after her two triumphs at Wimbledon. On 24 January she will take on the 25-year-old unseeded American Danielle Collins who came from a set down to beat Anastasia Pavlyuchenkova from Russia.

Collins, the world number 35, had not won a match at a Grand Slam tournament before landing in Melbourne.

"This has all been a really incredible experience," said Collins. "This time last year I was playing a challenger tournament in Newport Beach. I'm really embracing it and it makes it a lot easier when you play in front of great fans and really good energy."