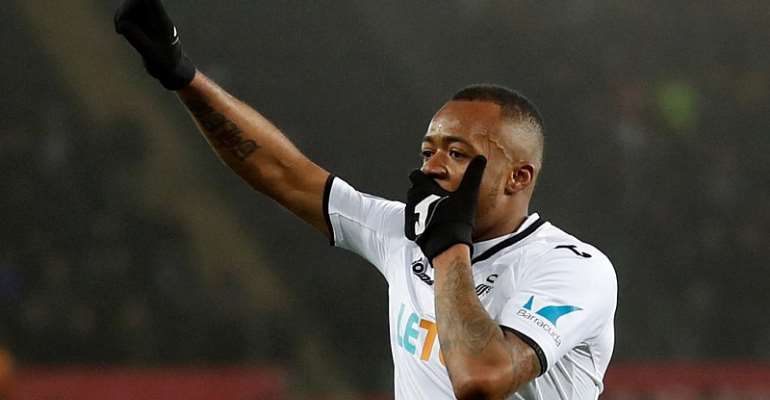 Ghana forward Jordan Ayew is upbeat about Swansea City's chances against Liverpool following their victory over Wolverhampton Wanderers in the FA Cup in midweek.

Ayew, who continued his superb form for the Swans as he netted a wonder strike in their 2-1 win over Championship side Wolverhampton Wanderers at the Liberty Stadium.

The goal was the Ghanaian's three in his last five games for the Welsh-based side and he's bag full of confidence as they host in-form Liverpool in the English Premier League on Monday.

'We are at a crucial stage of the season and every match is really important,' the former Olympique Marseille poacher told the club's official mouthpiece.

'Confidence is very important and winning on Wednesday night boosted the team's confidence. That can help us mentally for Monday's match."

'We know it's not going to be easy on Monday but with the support we have and quality in the squad, we know we have to start improving and winning games. We need points, and that's the target.'

Swansea are sitting bottom of the Premier League standings with 17 points after 23 games.