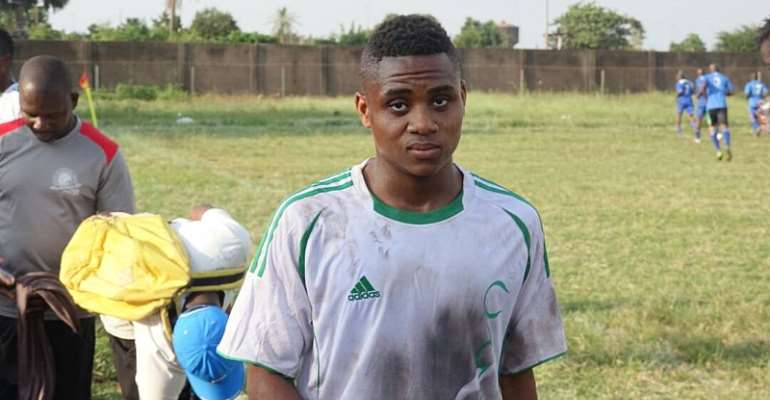 Klidje plays for Espoir FC de Zio in the Togo Top Division where he has scored three goals in six games this season.

He is the scorer of the first goal of the 2017/2018 Togolese top-flight season when Espoir FC de Zio beat defending champions AS Togo Port on 18th November 2017.

The young prospect is likened to France superstar Kylian Mbappe among his peers.

Klidje attracted the attention of many scouts and agents with his exploits at the Capelli Sports Tournament organized by Inter Allies FC.

Dreams FC, Liberty Professionals were also participants in the tournament.

Clubs from the Scandinavia have already shown interest in signing the young goal poacher.