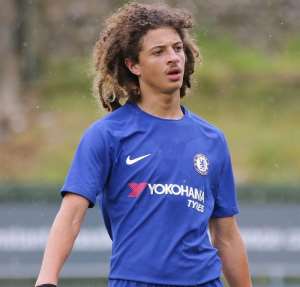 Conte's side increased the woes of Eddie Howe as the won 2-1 at Stamford Bridge thanks to Alvaro Morata's stoppage-time winner, which came immediately after Dan Gosling had equalised for the visitors.

Ampadu played alongside Cahill and Rudiger at the defense.

Ampadu was booked in the second minute of the match for a late tackle on Jermain Defoe, who was subsequently forced off with an ankle injury.

"It is not simple for a defender to play after a yellow card in the second minute but he showed great maturity and personality," Conte told reporters at his post-match press conference.

"I said in the past that this player, despite his young age, has shown great maturity.

"I do not like to make gifts for someone. If they deserve it, I am ready to play with very young players. Why not? Ampadu deserved to play this game, and against Everton and Huddersfield in the league."

"Now he has to stay calm. He could have a great future, but he has to continue in this way, to improve and to work," he added.