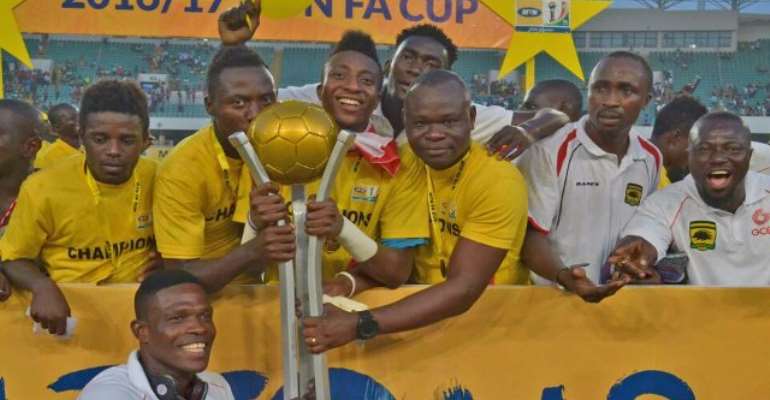 Board Chairman of Kumasi Asante Kotoko, Dr Kwame Kyei have given the clearest indication that his outfit will be well equipped for next year’s CAF Confederations Cup.

After stunning their bitterest rivals, Hearts of Oak to win the 2017 MTN FA Cup defeating them 3:1 at the Tamale Sports Stadium on Sunday will represent the country in the CAF Confederations Cup next year.

Despite their shaky performance in the just ended Ghana Premier League, Dr Kyei says the team will be well prepared for the CAF Confederations Cup next year.

“My wish is for Kumasi Asante Kotoko to participate in the Confederation Cup and win it next season.” He told Asempa FM.

“The team will go to Africa well prepared and if God wills we will win the Cup.

“I can’t promise we will bring the Cup home, but we will do our best TO play our hearts out and if we win the trophy at the end, then glory be to God.” He added.

The Porcupine Warriors will be making a return to Africa after their first-round elimination to MC El Eulma of Algeria in the first leg qualifying round of the 2015 CAF Champions League.