Charles Taylor In A limbo 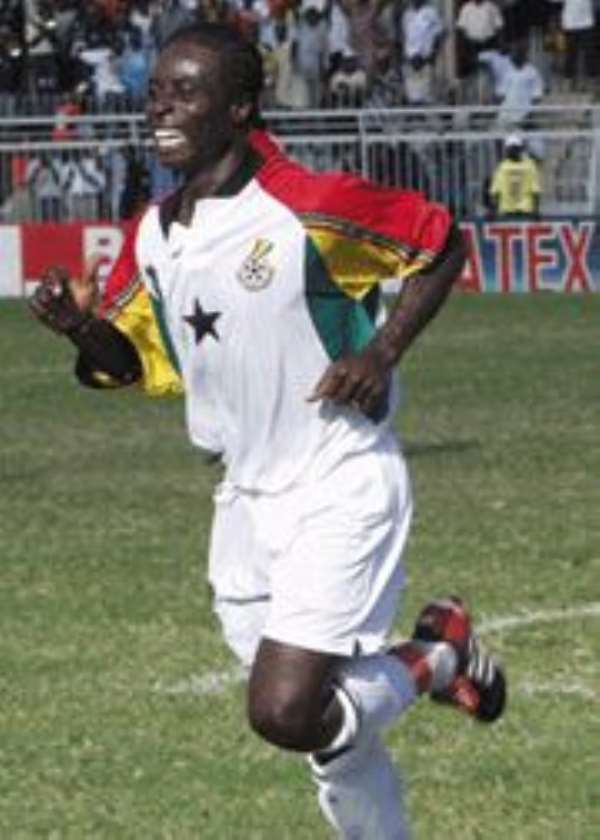 The career of former Kumasi Asante Kotoko star, Charles Asampong Taylor, appears to be in limbo as his desire for a dramatic return to Ghana football could be thwarted by an astronomical amount needed to rescue him from his contract with Tunisian club Etoile du Sahel.

Taylor was offloaded, together with striker Frank Osei, to the Tunisian club last year, but less than a year into what initially seemed a godsend, the two players appear surplus to Etoile's requirement, with Osei's days almost numbered after failing to impress his employers. The situation, however, is different for Taylor, who has made just a handful of appearances for the club.

Frustrated by lack of regular first team action, which has consigned him to the reserves' bench, Taylor's patience has melted very thin to the extent that he is contemplating abrogating his three-year contract to resurrect his career with his former club.

Naturally the availability of out-of-favour Taylor should gladden the management and supporters of Kotoko, but there seems to be a lack of enthusiasm and an unusual hesitation to roll out the red carpet for the player whose sublime skills helped Kotoko in 2003 to win their first premier league trophy in a decade.

The huge financial implications of re-engaging Taylor is a 'monster' even the deep pockets in Kotoko are scared of, even though a comeback by the player who became a cult figure in the club would have a magnetic pull on spectators.

Even free-spending Ashantigold and cash-strapped Accra Hearts of Oak are frightened by the astronomical amounts involved in buying Taylor out of his Etoile contract.

Although exact figures are not available, the Graphic Sports gathers that Kotoko would need over $100,000 (conservatively more than ¢1 billion) to free Taylor from his Tunisian club. Even when the storms are yet to abate over Kotoko's payment of a whopping ¢850 million as both fine and development fee for inducing Taylor when he was under contract with Hearts in 2002, Kotoko's management seems averse to making another astronomical investment in the same player.

Inside sources have told this paper that Kotoko's management are treading with caution to avoid any move that could destabilise the current team rebuilding being undertaken by coach Malik Jabir.

A Kotoko source was, however, emphatic that if Taylor could sort himself out with Etoile, the club will be too glad to have him back in their fold.

A footballer with so much talent would attract the interest of such clubs as Accra Hearts of Oak and big-spending Ashantigold, who have made a big splash in the local transfer market in their bid to make big impact on the premiership, but Hearts, ho are already saddled with huge debts, are unlikely to break the bank to make any such approach for their former star player who parted ways with them in an acrimonious manner.

Ashantigold could be Taylor's realistic saviour in this regard, especially if Etoile are ready to let the gifted player go at a reduced fee after his tortuous months with the club.

While uncertainty hangs over Taylor, there are strong indications that 2003 SWAG Male Footballer of the Year, Aziz Ansah, is likely to join the 'Red Army' this season after returning from a professional career in Israel.

National coach Ratomir Dujkovic, in a surprise move, has handed the defender a lifeline by inviting him to the Black Stars camp in Obuasi ahead of Sunday's World Cup qualifier against Burkina Faso.