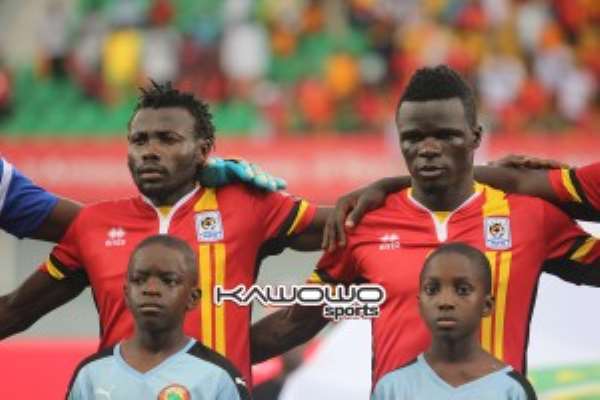 Uganda defender Isaac Isinde has issued a groveling apology to his nation after his costly error gifted Ghana a 1-0 win over the Cranes in the ongoing Africa Cup of Nations campaign.

The naive 25-year-old tried to make up for being caught out of position and easily losing the ball by pulling Gyan. The experienced 31-year-old forward fell inside the box after that touch, leaving Botswana referee Joshua Bondo with no choice but to award a penalty.

Andre Ayew stepped up and scored the goal that gave the Black Stars three points which see them topping Group D.

'It hurts to lose a game of football,' he is quoted by Kawowo Sports.

"More so, I feel bad that it's my error that cost the team. I apologise to all Ugandans and fellow players for the mistake."

The East Africans will battle Egypt in their next encounter on Saturday.