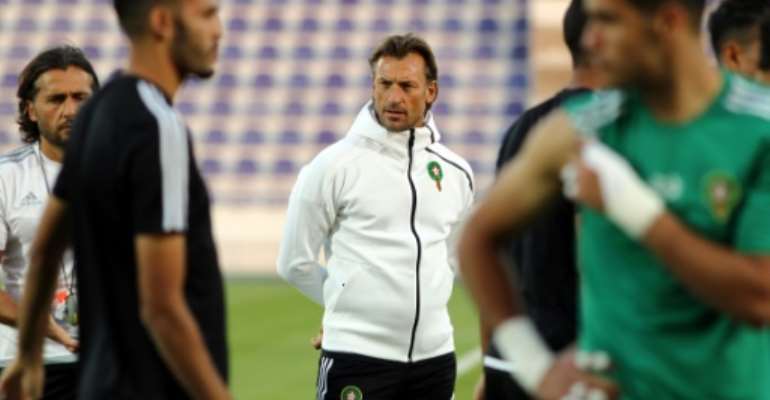 Morocco's French head coach Herve Renard (C) attends a training session with his players at the Sheikh Tahnoun Bin Mohammed Stadium in Al Ain, as part of the preparations for the 2017 African Cup of Nations. By NEZAR BALOUT (AFP/File)

Oyem (Gabon) (AFP) - The only certainty in hard-to-predict Group C of the Africa Cup of Nations before the opening fixtures Monday is that Morocco coach Herve Renard will wear the same white shirt on matchdays.

He wore one in every match when outsiders Zambia shredded the form book in 2012 to win the premier African national team football competition for the only time.

And the 48-year-old Frenchman repeated the act two years ago as he transformed perennial underachievers the Ivory Coast into continental champions.

Renard is the only coach to win the competition with different countries and success for him in Gabon would equal the three-title record shared by Ghanaian Charles Gyamfi and Egyptian Hassan Shehata.

Morocco, whose lone African success came 41 years ago, and two-time champions the Ivory Coast are in Group C, based in northern Gabonese town Oyem. 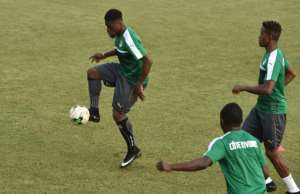 The Democratic Republic of Congo, third at the last Africa Cup, and dangerous outsiders Togo complete the line-up in arguably the toughest of the four first-round mini-leagues.

On Monday, the pursuit of quarter-finals places begins with a double-header featuring the Ivory Coast against Togo and DR Congo against Morocco at a 20,000-seat stadium built for the tournament.

Moroccan officials set the bar high for Renard when he signed up early last year, demanding at least a last-four finish in the Cup of Nations and qualification for the 2018 World Cup.

Blond and bronzed, Renard is not looking beyond a top-two Group C finish for now and a ticket to the knockout phase.

"I think qualification for the quarter-finals is our minimum objective. We have prepared well and will be ready for the Congolese," said the one-time Paris rubbish collector.

Congolese Florent Ibenge, one of four local coaches among the 16 at the tournament, was not giving much away either.

"This will be a very tough group to qualify from," he predicted. "All the teams are good and I am expecting tight matches." 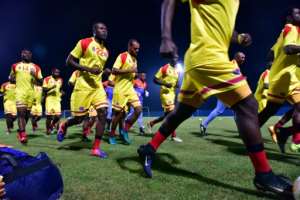 Democratic Republic of Congo's players take part in a training session in Oyem, Gabon, on January 14, 2017

Injuries that ruled out four players, including star playmaker Younes Belhanda, have posed the biggest pre-tournament problem for Renard.

For Ibenge, there was the frustration of seeing a long-standing African football sore point -- match bonuses -- make an untimely reappearance two days before tackling Morocco.

The squad refused to train with captain Yousef Mulumbu saying: "It has been the same for years, we prepare well and then there is a problem over bonuses."

The Toure brothers -- centre-back Kolo and midfielder Yaya -- have retired and attacking speedster Gervinho is injured. 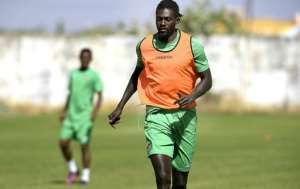 Togo's Emmanuel Adebayor takes part in a training session at the Diamars Institut in Mbour, as part of th preparations for the upcoming 2017 Africa Cup of Nations in Gabon, on January 6, 2017

A bonus is luring Crystal Palace flier Wilfried Zaha from the England fold, and he made a quick impact, creating the winner against Sweden and scoring against Uganda in warm-ups.

"The objective is to retain the title so proudly won two years ago," says Dussuyer. "It will not be easy as there are some great teams in Gabon."

While Togo are ranked far below their top-10 rivals, Dussuyer does not see them as any less of a threat, especially with legendary coach Claude le Roy in charge.

The wily Frenchman has been to eight previous Cup of Nations with five countries and failed to reach the knockout stage only once.

Togo are captained by clubless former English Premier League striker Emmanuel Adebayor, who may be in the twilight of his career but remains a clinical finisher.

Akufo-Addo, Mahama to wrap-up campaigns with mammoth rallies...
21 minutes ago