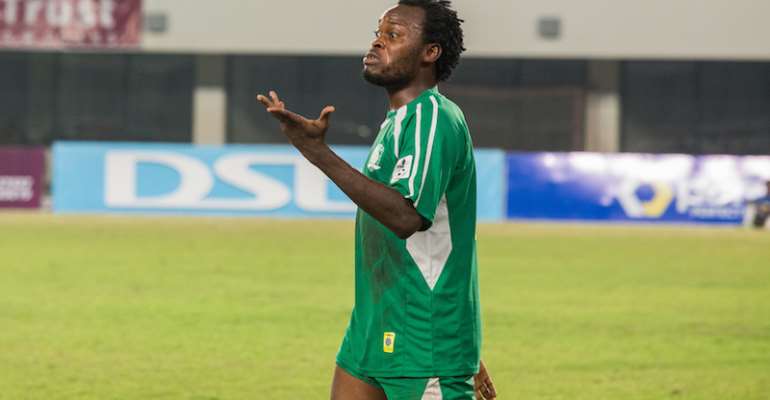 Yahaya was tipped heavily to win the individual accolade as he topped the goal scorers chart only to miss out on the final day to Liberty prodigious forward.

Both players were tied on 14 goals heading into the final round of games but Blessing scored a fantastic hat-trick to scoop the award. 'It is football, I wouldn't say I am disappointed. I am not. Latif is also a good player. He also played

well and deserve to win the goal king,' he spoke to Ghana Sports Newspaper in an interview.

'Although we were all competing for the same title I think he did enough to win it by scoring a hat-trick in the final day.

'So I will like to congratulate him for his excellent performance and wish him well.'

Yahaya Mohammed returned to the domestic scene after a stint with Libyan Club Ittihad Tripoli.