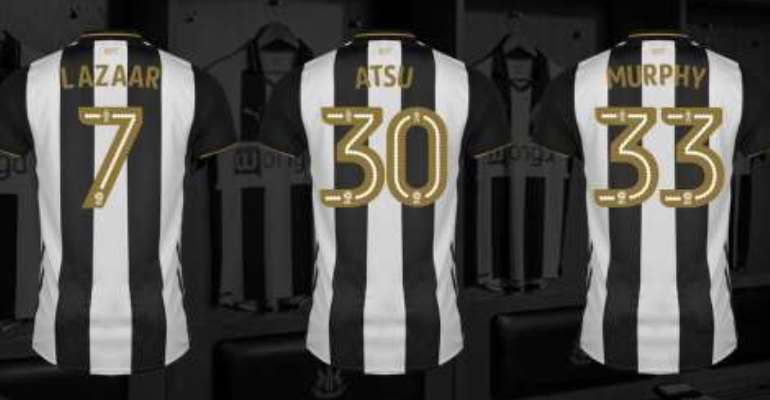 Atsu, 24 completed a season-long-loan move from Chelsea FC to Newcastle, with the Championship outfit having the option to seal a permanent deal with him, if he impresses the coach of the side Rafael Benitinez.

Christian Atsu will wear jersey No. 30 at his new club in his quest to get his club career back on track.

He made his Chelsea move in 2013, but has been struggling to break into the team and in order to get playing time, he has had loan spells with Vitesse, Everton, Bournemouth and Malaga

Christian Atsu is in the same team with his compatriot, Albert Adomah, who joined the Newcastle United from Premier League side Middlesborough.