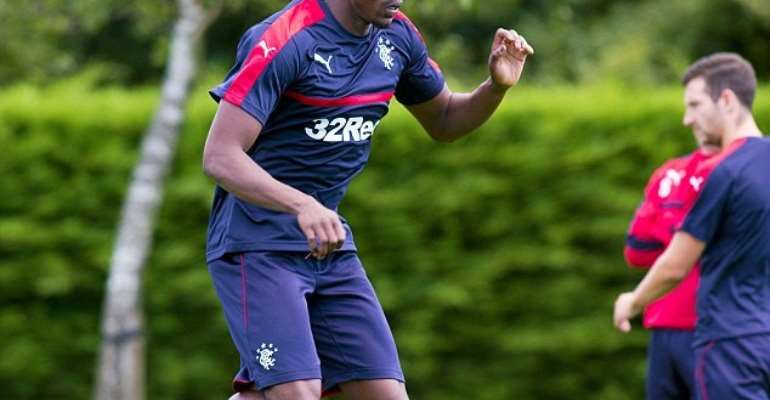 Ghanaian-born Rangers winger Joe Dodoo will be out for six weeks after suffering an ankle injury, GHANAoccernet.com can confirm.

The former Leicester City star suffered the injury when his side played Kilmarmock in the Scottish Premier League.

Addressing the press, Rangers coach Mark Warburton revealed after the match that Joe Dodoo will be out for four to six weeks after twisting his ankle at Kilmarnock.

The talented Ghanaian winger  signed a four-year deal with the Glasgow-  based club   for a £250,000 development fee.

He made his debut three days later in their Scottish League Cup   away to   East Stirlingshire , coming on for   Michael O'Halloran   after 60 minutes and scoring the last goal of a 3-0 win from close range when set up by   Lee Wallace .