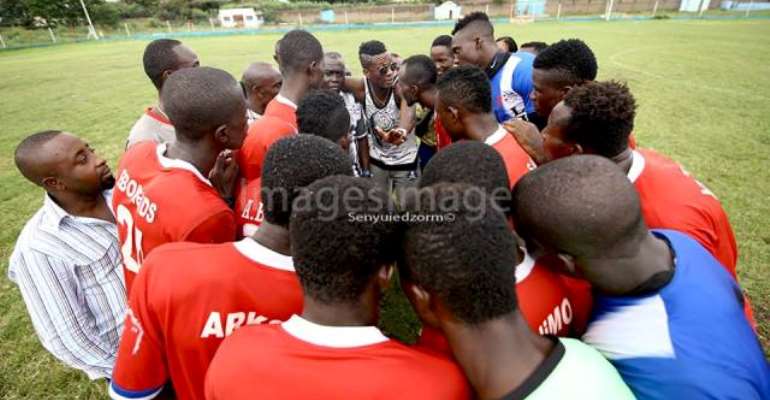 The matchday 13 game had to be rescheduled due to a torrential rainfall on Sunday.

After not too exciting first half performance from both sides Liberty Professionals midfielder Edward Ebo Mends dunk in a spectacular goal from 22-yards away in the 45th minute to put the home side ahead.

The phase of the second half changed when Shanghai SIPG and Black Stars striker Asamoah Gyan promised his former side a token should they pick the pick the three points.

It came as no surprise, therefore when Bernard Arthur scored a blistering goal late in the game to extend the lead for Liberty Professionals.

With two aesthetic exchanges in the middle, Mohammed Shaibu sent an excellent pass from 30-yards into New Edubiase United’s eighteen yard box for Bernard Arthur to finish off the business.

Despite having a match in hand against Medeama SC, Liberty Professionals have leafrog to the fifth position on the league table with 20 points.