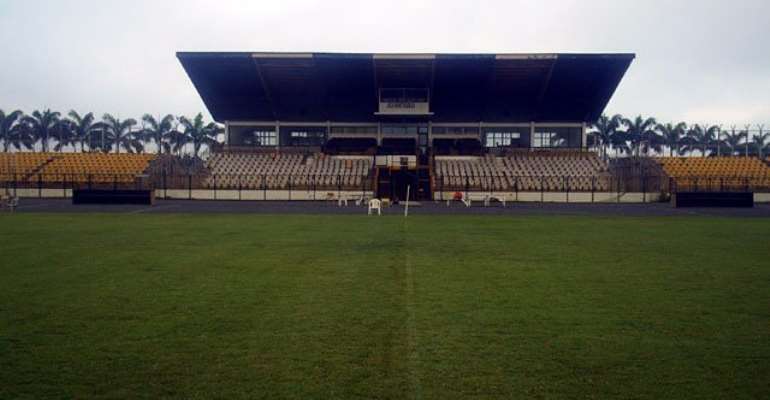 Chief Executive Officer of AshantiGold, Cudjoe Fianoo, revealed to Joy Sports that the Obuasi Stadium was ready to host their first leg of the CAF Champions League on February 14.

CAF officials were in town last week to inspect the facilities in Obuasi ahead of the game and Fianoo says the stadium is in perfect condition to host the game.

“For now we are playing the preliminary matches and I can say the stadium is ready.”

“When we make it to the group stages, then we have to fix the media center, security, first aid post and others that will make the stadium acceptable for group matches,”

The miners made their last appearance in 2011 after conquering Séwé Sports of Ivory Coast in the preliminary stages before bowing out to Etoile Sahel of Tunisia.