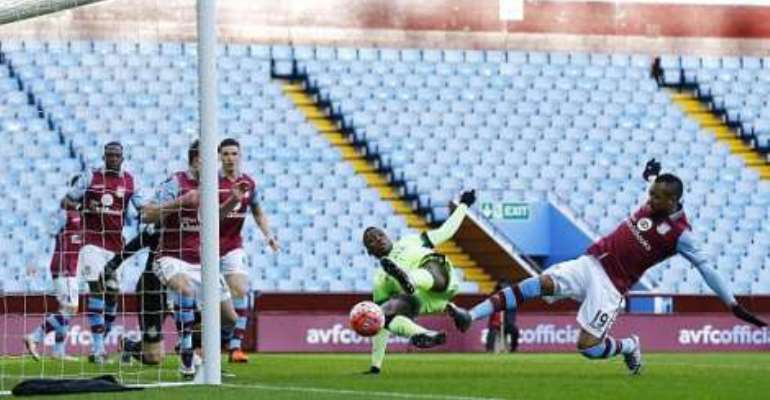 Ghana international Jordan Ayew and his Aston Villa side were knocked out of the English FA Cup on Saturday in their home game against Manchester City.

Remy Garde's team booked a date with Manuel Pellegrini's Manchester City in the FA Cup after defeating Wycombe Wanderers on second attempt last week . Aston Villa drew 1-1 with Wycombe Wanderers away from home before recording a 2-0 victory at Villa Park in the replay.

The game resulting fixture however proved a difficult one for Jordan Ayew and his teammates as the Etihad outfit hit Villa for four on their own grounds.

Manchester City who rested key players for the game against Aston Villa took an early lead in the fourth minute with Kelechi Iheanacho scoring the opener.

Iheanacho doubled the lead before the hour mark to send away side Manchester City 2-0 up into the first half break.

Kelechi Iheanacho completed a hat trick after the break before former Liverpool player Raheem Sterling rounded the goals off for Manuel Pellegrini's team.

The 4-0 victory for Manchester City against Aston Villa means the Jordan Ayew's run in the FA Cup for the 2015/2016 season comes to an end.

The Ghanaian played in the entire duration of the game against Manchester City. Follow @kboakye92