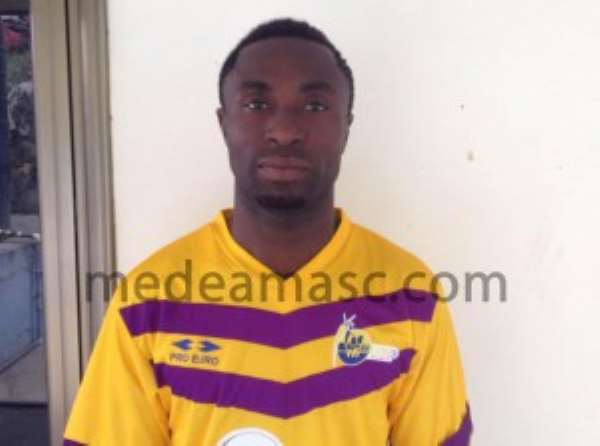 
New signing Bernard Ofori scored a sensational hat-trick for Medeama as they thrashed a Tarkwa select side 6-1 in a friendly on Thursday.

Ofori, who joined the Mauve and Yellows from New Edubiase, stole the limelight with three goals at the Tarkwa and Aboso Park.

Young striker Enoch Attah Agyei also netted a brace while dribbling-wizard Kwame Boahene also got on the scoresheet to complete the rout.

Coach Tom Strand has been trimming the rough edges of his team ahead of the new season.

New signing Bernard Ofori bagged a hat-trick in 6-1 win over Tarkwa select side in a friendly. @Ghanasoccernet pic.twitter.com/FOjdHHV5yB

U/E: I'll Restore Jobs Of Collapsed Banks’ Staff Who Were La...
18 minutes ago