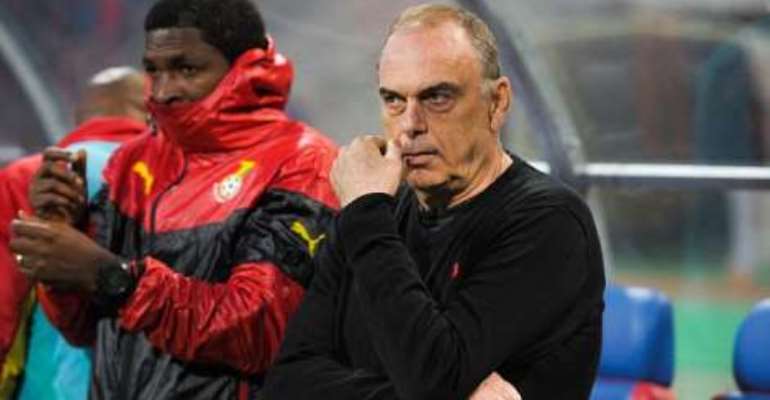 Black Stars Avram Grant has been with the Ghana national team for over a year. The former Chelsea boss has worked with assistant coach Maxwell Konadu since he was appointed by the Ghana Football Association.

The Israeli with his assistant Konadu led the senior national team of Ghana to the final of the 2015 Africa Cup of Nations, where the Black Stars were beaten on penalties by Cote d'Ivoire.

Grant holds his assistant coach in high esteem which was evident during his interview in the United States of America with Abdul Chibsah of whichsideofthefoot.com.

The Black Stars coach during the interview was approached by a fan who asked for a selfie with the 60-year-old. Grant politely agreed to the gentleman's request and took the picture.

The gentleman quickly handed the Ghana coach his business card and questioned if Grant was looking for an assistant coach. The Black Stars coach replied:

'I have a very good assistant"
After he walked away, Grant turned to Abdul Chibsah and said, "You see how crazy it is, people are doing everything to get a coaching job".

Black Stars assistant coach Maxwell Konadu took over the senior national team of Ghana as interim boss before former Chelsea coach Avram Grant was appointed. Konadu was the assistant coach to former head coach Kwesi Appiah who led the Ghana team to the 2014 FIFA World Cup in Brazil . The Ghana Football Association parted ways with Kwesi Appiah after the tournament in Brazil.

Galamsey fight: Four Chinese nationals to be deported
51 minutes ago

Gov't must opt out of Sputnik-V vaccine procurement contract...
51 minutes ago