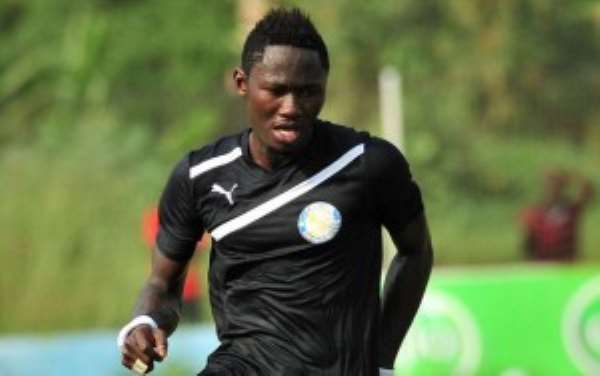 Bekoe who nearly signed for former African champions Accra Hearts of Oak joined the Sekondi-based side after his move to the Accra club hit a snag.

Confirming the news to GHANAsoccernet.com, the President of Hasaacas, Nana Benyin Eyisson said the transfer and registration of the striker has been successful.

"We have successfully registered Eric Bekoe and I can authoritatively say that he is now a player of Sekondi Hasaacas," Nana Benyin said.

He however revealed that the even though the player has been registered, the FA is keenly waiting for his International Transfer Certificate [ITC] to arrive from Morocco where he played his last club football for Kenitra FC.

"We are however waiting for his ITC to arrive latest by today to complete the entire process. But for now, he is our player and has been registered by Hasaacas," he added.

The former Petrojet goal poacher will join the club for preparation for the season pending the arrival of his ITC.