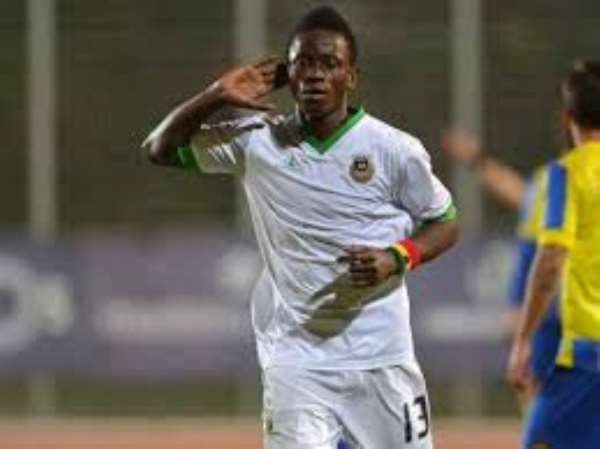 Ghanaian youth Emmanuel Boateng was on target for Portuguese Primeira Liga side Moreirense FC at home on Wednesday evening as they lost 3-4 to Vitoria de Guimaraes.

Emmanuel Boateng came off the bench in the 46th minute of the game to find Moreirense's second goal of the evening four minutes after being on the field.

The Ghana youth star was active the whole of the evening with his quick runs and troubled the Guimaraes defense but was unlucky not to find the leveler for his team when he shot wide at stoppage time.

The young forward was a member of the Black Satellites team that participated in the 2015 FIFA World Youth Championship in New Zealand.  He scored the only goal in Ghana's last group game against Panama at the North Harbour Stadium in Auckland, New Zealand.

No ‘aboboyaa’ allowed on Accra highways from November 1 — He...
30 minutes ago