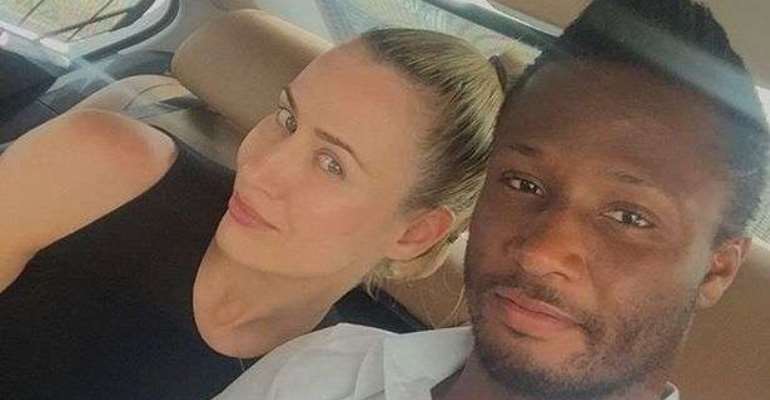 The 28-year-old midfielder is dad to a four-year-old son and a one-year-old daughter after short relationships with the women.

The Nigerian international player, whose side lost 2-1 at home to Crystal Palace yesterday, makes sure he provides for his two children.

Mikel also financially supports his daughter, who was born after the couple met at a London nightclub in 2013.

A friend of the daughter’s mum added: “John has provided for her and the girl.

“She seems to have come into money since having the baby and is keeping a low profile.”

Mikel is now dating Russian businesswoman Olga Diyachenko and has posted pics of the pair together on social media.

In an interview in Nigeria last year. he revealed: “I’ve been dating seriously for two years now. I’m in love. I’ve found love.”

A spokesman for the footballer told The Sun: “This is an entirely private matter.

“John provides for and cares for his children and will continue to do so. He asks that their privacy is respected.”