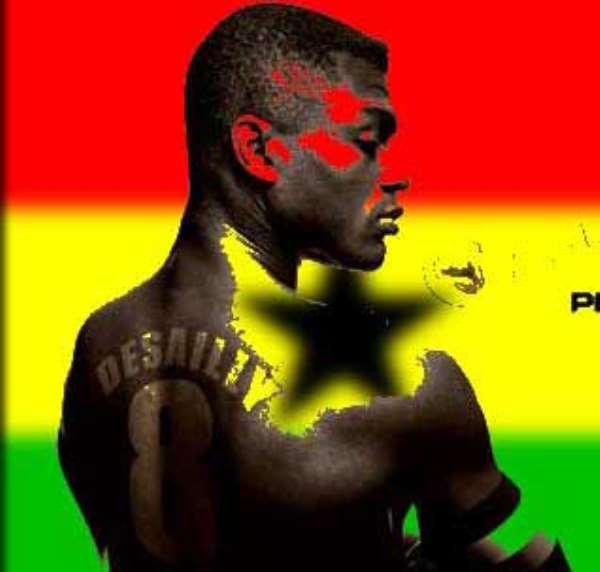 JOHANNESBURG, Sept 25 (Reuters) - Ghana have approached Marcel Desailly to take over as their new national team coach, but have yet to make him a firm offer, a government official said on Saturday. Ghana, who lead their qualifying group for the 2006 World Cup finals in Germany, are seeking the former France captain to replace Portuguese Mariano Barreto who left for a job at Maritimo earlier this month. Ghana deputy sports minister Joe Aggrey, speaking in Johannesburg, said officials had contacted Desailly and were in the process of drafting him an offer. "We see him as the ideal choice to take over the side. We hope to get him sooner rather than later so he can immediately start working with our team," Aggrey told Reuters. Desailly was born in Ghana but moved to France as a young boy after being adopted by a French diplomat. The former World Cup winner is a frequent visitor to the country and has previously stated his desire to coach Ghana. Desailly retired from international football with France after the recent European Championship in Portugal and has not found a new club since his departure from Chelsea. Ghana, who host the Democratic Republic of Congo in their World Cup African zone Group Two qualifier in Kumasi on October 10, have appointed Samuel Arday as caretaker coach for the top of the table clash.