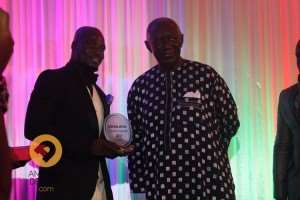 The former Black Stars captain paid a courtesy call on the former Ghanaian leader on Thursday to invite him to his dinner and testimonial match on June 26 and 27 respectively.

The former Ghana president paid glowing tribute to the legendary Appiah and promised him to honour the invitation.

Appiah has put work in motion to bring a cluster of world players and leaders to the Accra sports stadium to witness his final farewell game in the West African country.