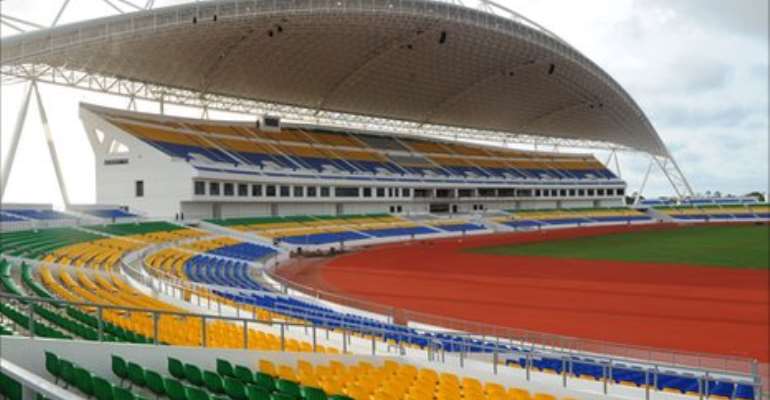 The edifice situated in Abura is now 72% complete and expected to be ready for use this August.

Work on the 15,000 capacity stadium funded with a $30 million Chinese grant started in August 2013 and is expected to be completed in August this year.

Former president Mills played a key role in the project to help improve sports infrastructure in the country.