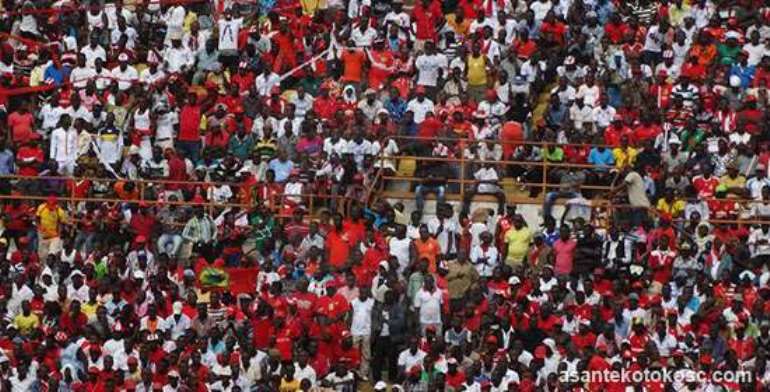 It's been two days since Kumasi Asante Kotoko were knocked out of the CAF's Champions League, and fans and management are still mourning their exit.

Kumasi Asante Kotoko lost 1-2 to MC Eulma of Algeria last Sunday at the Baba Yara Sports Stadium and fans went 'frenzy'' after their exit. It was the third time Kotoko failed to qualify to the money zone of the continent's flagship inter - club football competition.

Speaking on Joy fm, George Kennedy on behalf of management of the club apologised to the fans for failing them.

He added: "But that is not the end of (Asante) Kotoko, we have to move forward. We are galvanising ourselves, we have to psyche the players and then, we have to prepare for the next game ahead of us.

"We do apologise to the entire Kotoko supporters that came to the stadium," he said.

Some Kotoko fans after the defeat have questioned the logic behind the sacking of Didi Dramani, and replacing him with David Duncan, but Kennedy echoed Opoku Nti's claims, that Duncan is the best thing to happen to club.

"It is too early to assess David Duncan; coach Duncan since he became head coach of Kotoko, he has played about four matches and lost one; is unfortunate he lost the most important match we wanted to progress.

"But for now, I can say that coach Duncan has brought something new to Kotoko with regard to impact he has made on the players: their attitude at training, sometimes, even how they respond to time, you'll clearly see that he's bringing a new thing to Kotoko and we know there is something good that is going to happen," he noted.