Hearts of Oak close to money zone of Confed Cup 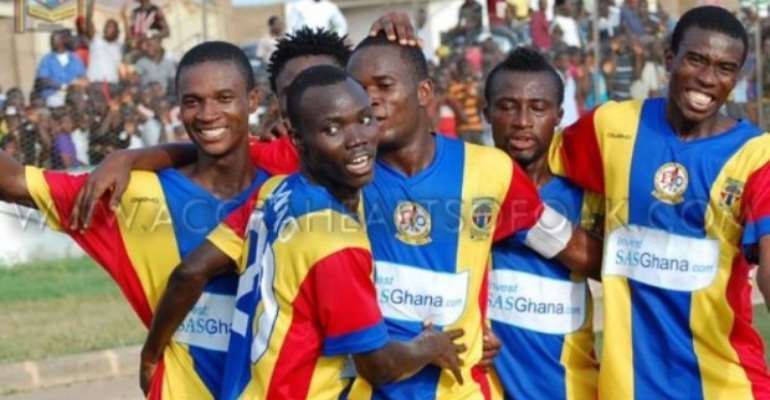 Accra Hearts of Oak will face Djoliba AC de Bamako of Mali in the next stage of the CAF Confederation Cup competition after eliminating Olympique de Ngor of Senegal.

The Phobians won 2-1 in Accra a fortnight ago and sealed their qualification with a 3-2 victory in the return leg played in Mbour, Senegal on Saturday.

After going a goal down at halftime, Hearts of Oak equalized and took the lead through Eric Kumi's 60th minute strike and Robin Gnagne's spot kick.

Olympique de Ngor, however, equalised before Paul Acquah scored the third goal for the Phobians minutes to the end of the game to see his side qualify to the 1/8 stage.

Hearts of Oak who are previous winners of the competition, will now travel to take on Djoliba AC de Bamako in the first leg of the 1/8 stage before they host the Malians in Accra.

The winner of that encounter will qualify into the group stage (money zone) of the competition.

Meanwhile, Asante Kotoko who are also representing Ghana in the CAF Champions League will host Algerian side El Eulma on Sunday at the Baba Yara Stadium in their second leg match.

The reigning Ghana Premier League Champions managed a goalless draw away in Algeria two weeks ago.