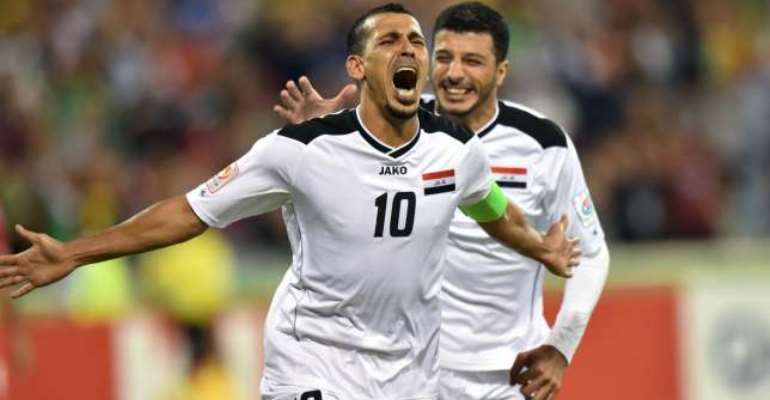 Younis Mahmoud is targeting a place for Iraq at the 2018 World Cup after their impressive showing at the Asian Cup in Australia.

Iraq confounded expectations at the tournament as they sent three-time champions Iran out in the quarter-finals, but their progression was ended on Monday.

A 2-0 defeat to South Korea in Sydney meant they missed out on a second Asian Cup final, however captain Mahmoud believes they can make a first World Cup appearance since 1986 in Russia.

"I know they [South Korea] won and went to the final but we won also won," he said. "We won 20 players - they will benefit the national team for the next 10 years.

"I think if the same group stays together then our dream will come true and we'll qualify for the World Cup.

"I'm not retiring. We're now building a new generation and we need to have experienced players with them in the national team.

The 31-year-old followed up his opening goal of the tournament against Palestine with Iraq's second in the 3-3 draw with Iran, before converting in the shootout with a cheeky chip.