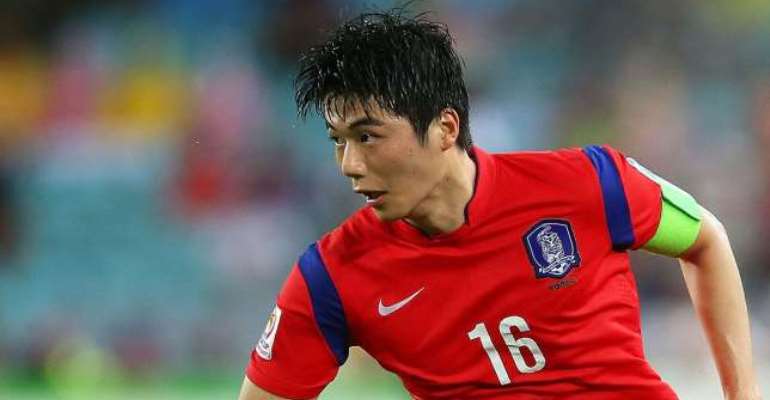 South Korea captain Ki Sung-yueng claimed this year's Asian Cup is "a great opportunity to become a champion" as he and his team-mates look to end a 55-year wait at the tournament.

Ki and Co. defeated Iraq 2-0 on Monday to reach the final of the 2015 Asian Cup and the Swansea City midfielder was not interested in playing down expectations ahead of Saturday's tournament decider.

South Korea will face either host nation Australia or the United Arab Emirates in Sydney and Ki is thrilled that he will lead his country at their first Asian Cup final since 1988.

Ki wants his team to show the rest of the Asian Football Confederation that South Korea are the best.

South Korea have qualified for nine World Cups, more than any other Asian country, while they also have the best result of fourth when they co-hosted football's premier event in 2002 and won the inaugural Asian Cup in 1956.

They defended that title in 1960 but having not won their continental championship since, Ki believes the lack of Asian Cup success is a black mark against South Korean football.

"I think everyone in this team wants to become a champion," he told Football Channel Asia after the win over Iraq.

"For myself as a captain I want to lead my team to hold the trophy.

"We never won [the Asian Cup] in 55 years, which is really a shame because we've always said we are the best team in Asia but we never won it in 55 years, so this is a great opportunity to become a champion."

South Korea maintained their perfect defensive record at the tournament on Monday, notching their fifth consecutive clean sheet against Iraq.

"They [the defenders] really work hard and they really concentrate [on] every single ball, so that's why we didn't concede any goals," Ki said.

"Defensively we are very organised and we scored the first goal early in the first half, so the game went a little bit easier than we expected.

"It's not easy to not concede goals in five games in this tournament but we want to keep the clean sheet in the final."