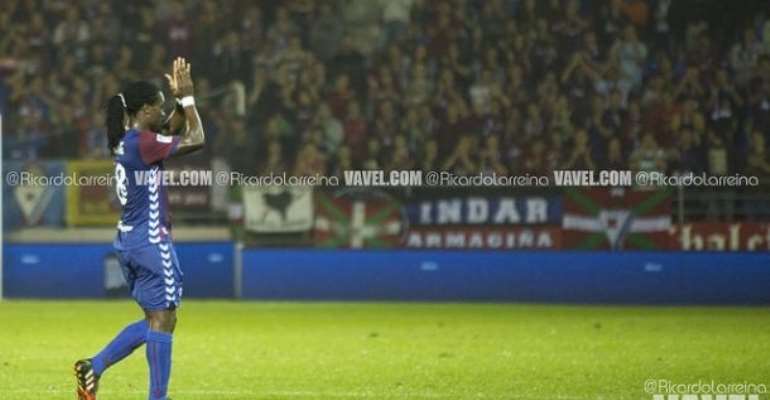 [caption id="attachment_272506" align="aligncenter" width="366"] Derek Boateng[/caption]Ghana midfielder Derek Boateng failed to get the chance to play against former club Rayo Vallecano in Eibar's 3-2 win on Monday.The 31-year-old was restricted to the substitute as his new side put up a spirited performance to beat Vallecano at the Estadio del Rayo Vallecano.The Ghanaian international was aiming to punish his former club following his early exit from the club.Boateng joined Vallecano in Jul 2014 but ended up leaving through the back door before the start of the season in a move which surprised many.The former Fulham man has signed a one-year deal with the club and will be eager to play the return encounter.