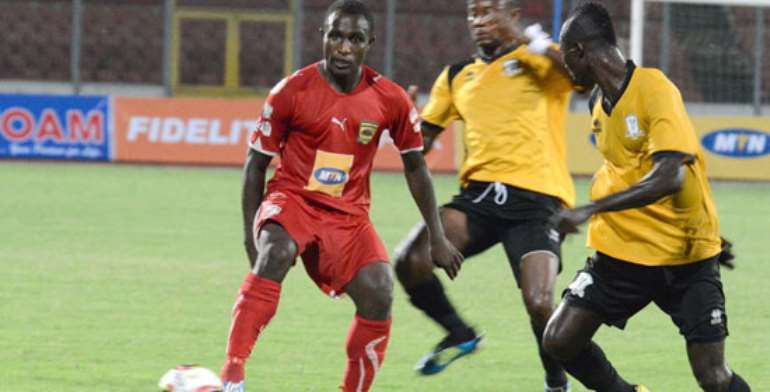 Kotoko striker Obed Owusu fears the delay in the start of the Ghana Premier League will affect the side negatively in their CAF Champions League campaign next year.

The Ghanaian top-flight has been delayed by a law suit brought against the FA by Premier League side King Faisal.

Faisal are contesting their demotion from the country's top-tier league, claiming they were given a raw deal.

The two parties have been embroiled in a legal tussle which has delayed the start of the First Capital Plus Premier League.

Owusu, who joined Kotoko from Berekum Chelsea, fears the unnecessary could affect his side's chances in the continental competition next year.

“It's a source of worry to all of us because we're not playing in any competitive competition,” he said

“We are playing series of friendly matches but that's not enough to put us in good shape ahead of the Champions League.

“If we're not careful it can affect us badly. Playing friendly matches cannot be equated to competitive matches in the Premier League.

“The FA should do something about the situation because we're getting worried.”

The Porcupine Warriors will play New Edubiase in their latest pre-season friendly on Wednesday.