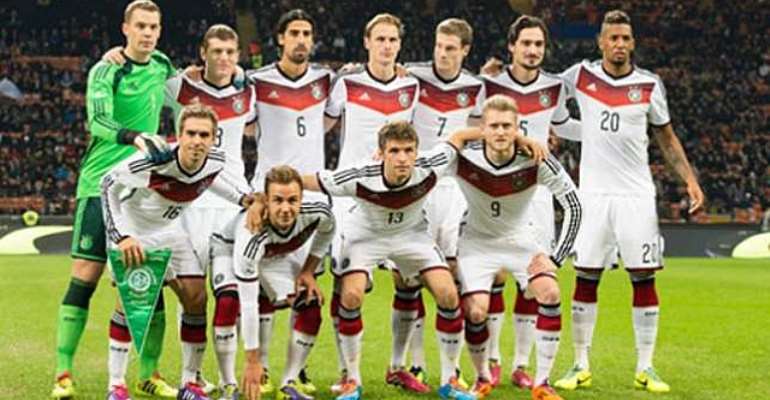 All 10 of France's goals during this World Cup have come from inside the penalty area.

They have lost only one of the 10 games they have ever played in Brazil (W6, D3).

France have hit the woodwork six times at this World Cup, more often than any other team.

They have not conceded a first-half goal in any of their last 12 games.

Mathieu Valbuena completed 94% of his passes in the last round against Nigeria.

Karim Benzema has had an unrivalled 13 shots on target at this World Cup ahead of the quarter-finals.

Germany
Germany are contesting a quarter-final for the ninth straight World Cup.

They have reached the semi-finals at the last three World Cups. No nation has ever made the last four in four successive tournaments.

Germany are unbeaten in their last 15 internationals (W10, D5), the best run of any side still involved at the World Cup.

They had 16 shots on goal against Algeria, as many as they had in their three group matches combined.

Manuel Neuer celebrates winning a half century of caps in this game and has lost just three times in his previous 49 appearances.

Toni Kroos (473) has had more touches than any other player at this World Cup so far. Team-mate Philipp Lahm (437) is the only other player to have more than 400.

Thomas Muller has been directly involved in seven of Germany's last 12 goals at the World Cup (five goals, two assists).

Note: THe performance of the teams in this world cup is not part of the current FIFA ranking.