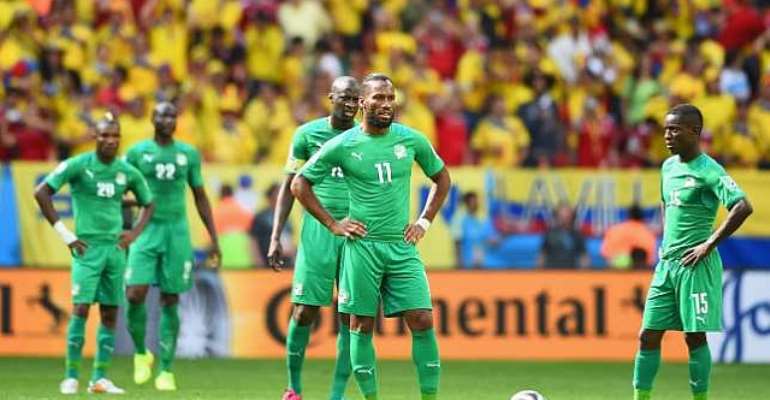 Ivory Coast face Greece on Tuesday knowing that three points would see them advance from Group C and into the last-16 stage of the 2014 World Cup.

The African side have collected three points from their two group matches this summer - first beating Japan, before losing to already-qualified Colombia last time out.

A draw could also be enough to see them advance, providing that Japan do not beat Colombia and overturn a slight goal difference disadvantage.

Greece, meanwhile, also have a slim chance of advancing despite taking just one point and indeed failing to score in their first two matches.

Three points for the European side would see them advance if Colombia beat Japan, while Greece could also make the last-16 regardless of the result in the other match if they record a big win over Ivory Coast, but a significant goal-swing in their favour would also need to occur.

Greece and Ivory Cost have both failed to make the knockout stages of the World Cup in their two previous attempts.

Greece will be without the services of Konstantinos Katsouranis, who saw red against Japan. As a result, experienced midfielder Giorgios Karagounis is expected to come into the side.

Kostas Mitroglou is struggling with an injury, meanwhile, with Theofanis Gekas pushing for a spot in attack alongside Celtic forward Georgios Samaras.

Didier Drogba is pushing for a spot in the Ivory Coast XI, but the experienced forward could once more miss out to Wilfried Bony. Salomon Kalou is expected to come into the team, however, with Gervinho and Max Gradel also providing support from attacking positions.

The back four is expected to remain unchanged, but Yaya Toure could drop into a deeper central midfield position.